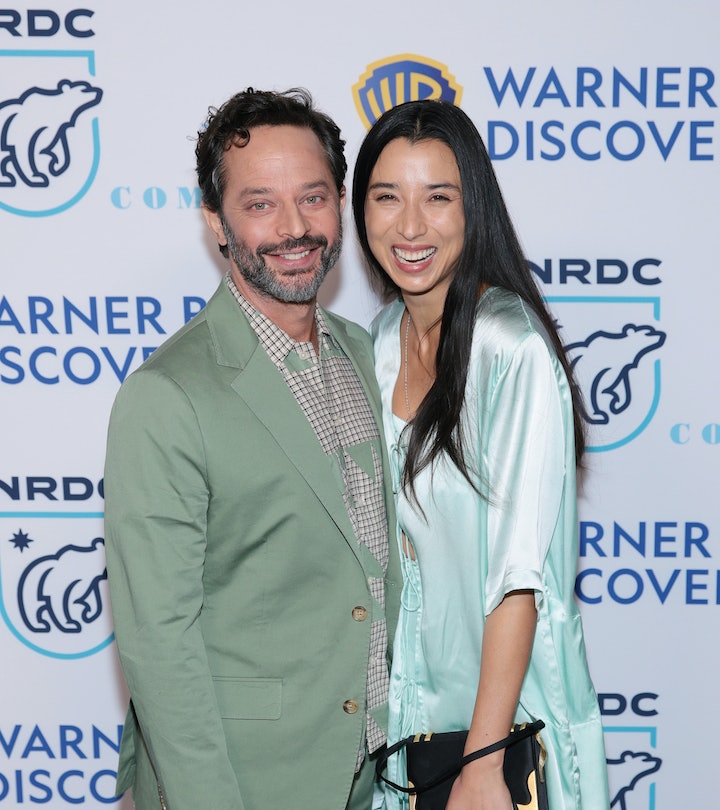 The comedian welcomed his first child with his wife back in 2021.

Nick Kroll is one of those comedians who leaves his fans feeling like they’ve known him forever while also managing to still feel like a fresh face. The Big Mouth star is everywhere these days, especially since the release of Olivia Wilde’s psychological thriller Don’t Worry, Darling and his new Netflix comedy special Little Big Boy. He just seems so full of life and energy, probably thanks in no small part to his wife and baby boy. Kroll’s life has gotten a lot more exciting in the past few years, and he’s not shy about how much he loves it. Here’s a look at what Kroll has shared about his wife, Lily Kwong, and their sweet son.

Kroll met his wife, Lily Kwong, on a dating app.

Back in 2018, Kroll met his future wife, Lily Kwong, on dating app Raya, he told Nikki Glaser in 2020. “I think she sent the first message, which I really liked,” he said at the time. “She was in New York and I was in L.A. We had a long [time] kind of where we didn't see each other. We just chatted very casually and then met at some point in New York and liked each other and slowly progressed.”

Lily Kwong is a sustainable landscape artist who made Forbes’ 30 Under 30 list.

Kwong was recognized in 2018 by Forbes magazine for her artistic talents as a landscape artist and her efforts to promote sustainability by being named one of their 30 Under 30 that year. “Brooklyn-based landscape designer Kwong got her start as a project director for LVMH in Miami, where she became interested in sustainable design,” Forbes wrote at the time. “Today her projects range from covering a quarter mile of New York's High Line in flowers to celebrate the summer solstice with alcohol brand St-Germain to an eco-friendly capsule collection with fashion brand Maiyet.”

The couple announced they were expecting their first child in October 2020.

In October 2020, Kwong took to Instagram to announce that she and Kroll had “created a little dumpling,” and she could not have looked more excited in the photo she shared of herself and baby bump on the beach.

Kroll got married in November 2020.

About a month later, Kroll and Kwong were married in November 2020 in a private ceremony in Big Sur, California, with “only cliffs, ocean, redwoods & sunset as witnesses,” as she wrote in an Instagram post.

Kroll and Kwong officially became parents in January 2021 with the birth of their son Leo. The couple have since shared several photos of their little boy on social media, although they’ve always been careful to hide his face. As Kroll so expertly explained it to The Cut in a recent interview, “I’ll tell you all day about sh*tting my pants, but you’re never gonna see a picture of my child.”

But Kroll doesn’t shy away from talking about his son Leo. During an October 2022 appearance on Conan O'Brien Needs A Friend, Kroll told Conan O’Brien Leo has “limited interests” but he really “likes blueberries.” “He loves ‘em... he loves antioxidants. He’s a health nut,” Kroll joked on the podcast.

His love of blueberries stops at eating them, however. During a chat with Jimmy Kimmel, Kroll shared that Leo wasn’t really into Halloween and “wanted no part” of dressing up as a blueberry. They compromised and little Leo wore a cute skeleton PJ set and Kroll ate all the Halloween candy.

Kroll says becoming a husband and dad opened him up “emotionally.”

Kroll spoke to The Cut about how his new life as a husband and father affected the way he wrote the last season of Big Mouth, and it turns out having a wife and child “has opened me up emotionally, and I think artistically. I have access to different emotions I had only experienced as a bystander, watching my siblings or friends have kids.”

Speaking to Drew Barrymore in October, Kroll also opened up about how having kids changed his life. “[Becoming a dad] is the best thing I’ve ever done and I feel so excited to be a father.” The comedian also joked that he’s “desperate” for his 1-year-old son’s approval and loves performing silly voices for him, like Elmo. “He doesn’t even know who Elmo is, but I’ll just be talking to him like ‘Hey, how are you doing’ [in Elmo’s voice] And as soon as I do a voice like that he goes, ‘Hi.’” he shared with Barrymore.

“There’s no joy like hearing the laughter of your child,” Kroll added.

His wife and son have made it into his stand-up routine.

His experience as a new dad has now made its way into his stand-up routine in Netflix’s Little Big Boy, now streaming on Netflix, and how could it not? Parenting is such a ripe Kroll talks about finding new appreciation for his mom and gets emotional about watching his son born in a bit of a departure from his slightly more adolescent comedy style.

And as parents, we’re all happy to hear it.