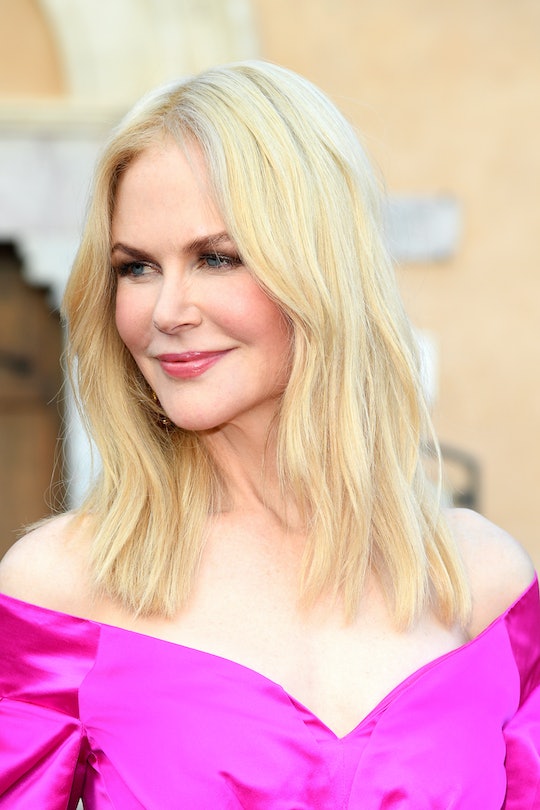 In Australia Marie Claire's 25th Birthday Issue, the actress opens up about motherhood, marriage, and nurturing the careers of “unknowns.”

Nicole Kidman is the cover model for Australia Marie Claire’s 25th Birthday Issue, and is opening up about her “greatest thrill” (supporting Australian women in creative fields), the defining moment in the last 25 years (the “absolute miracle” of meeting fellow Australian and husband Keith Urban) and her deepest regret. “I wish I’d had more children,” she says, “but I wasn’t given that choice.”

Kidman, 54, is a mother of four – Isabella, 28 and Connor, 26 with ex-husband Tom Cruise, and Sunday, 13 and Faith, 10. Her two elder children are adopted and Faith was born via surrogate. While she has largely kept her journeys to motherhood private, in 2007 she revealed she had suffered a pregnancy loss in her early 20s.

“From the minute Tom and I were married, I wanted to have babies,” Kidman told Vanity Fair in their October issue. “And we lost a baby early on, so that was really very traumatic. And that’s when we would adopt Bella.” She later clarified in Marie Claire that while her first loss was widely reported as a miscarriage, it had actually been an ectopic pregnancy, and that she’d also experienced a miscarriage shortly before her divorce from Cruise in 2001.

After marrying Urban, Kidman said she “never” thought she would get pregnant and have a child. But in late 2007, while filming Baz Luhrman’s Australia, she and six other women who worked on the film fell pregnant. “Seven babies were conceived out of this film and only one of them was a boy,” she told Australian Women’s Weekly in 2008. “There is something up there in the Kununurra [a waterfall in the outback] water because we all went swimming in the waterfalls, so we can call it the fertility waters now.”

Two years later, the couple tried to conceive another child naturally and then through in-vitro fertilization treatments, reports the Sydney Morning Herald, before eventually opting to work with a gestational surrogate, and in late December, 2010, Faith was born.

While she would have liked to have had more children, Kidman says, she doesn’t dwell in regret. She is grateful not only for her decades-long career and for the children she has had the joy of raising, but for the many other kids she “gets to mother” in her life, including six nieces and nephews and a (literal) dozen godchildren, including the children of actor Simon Baker and media mogul Rupert Murdoch. “I love mothering, I love kids,” she told Marie Claire. “They’re quirky, funny and unfiltered. And then you get to see them grow and send them on their way.”