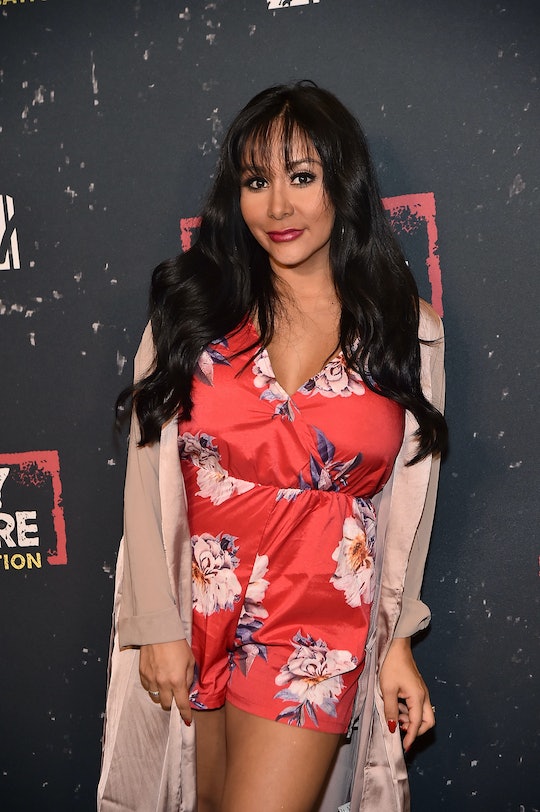 Just wait until they hear about GTL...

After rising to fame with fist bumps, pickles, and that iconic pouf hairstyle on MTV’s Jersey Shore, Nicole “Snooki” Polizzi will soon be fielding question from her kids about what exactly that sweet gig entailed. For now, though, the former reality TV star’s children think she’s an actress and the hit MTV show is basically the same as E.R.

It’s hard to believe that it was 2009 when Jersey Shore first aired and introduced the world to Snooki. Since then, Polizzi has not only become a superstar on TV, but she’s also a businesswoman with her own brick-and-mortar store, The Snooki Shop, and the host of her own podcast, and proud mom of three. But her three kids — 9-year-old son, Lorenzo, 6-year-old daughter, Giovanna, and 2-year-old son, Angelo — don’t really know about her reality TV roots.

“They think Jersey Shore is like E.R, like an actual scripted drama series,” she told E! News. “So I’m good for a little bit. ‘Mommy is an actress, she’s won a lot of Emmys and she kills it.’ But I feel like once they’re like, 18, I can be like, ‘Alright, kids that was really mommy and she was a mess.”

While Jersey Shore cameras might have captured some “messy” moments in her life, the show has also been there to capture the highlights. Like in 2010 when reality TV cameras caught her first meeting her husband, Jionni LaValle, on an episode of Jersey Shore, and then documented her giving birth to Lorenzo three years later during an episode of the spinoff reality show, Snooki and JWoww.

Polizzi and LaValle’s kids will have plenty of time to discover their mom’s reality TV past when she is ready. And in the future, Polizzi told E! News she is hoping that her kids choose a different career path for themselves, rather than following in their mom’s footsteps. “I’m like that mom that wants my kids to be totally better than me,” she said. “I prefer them to have a different path than Mommy.”