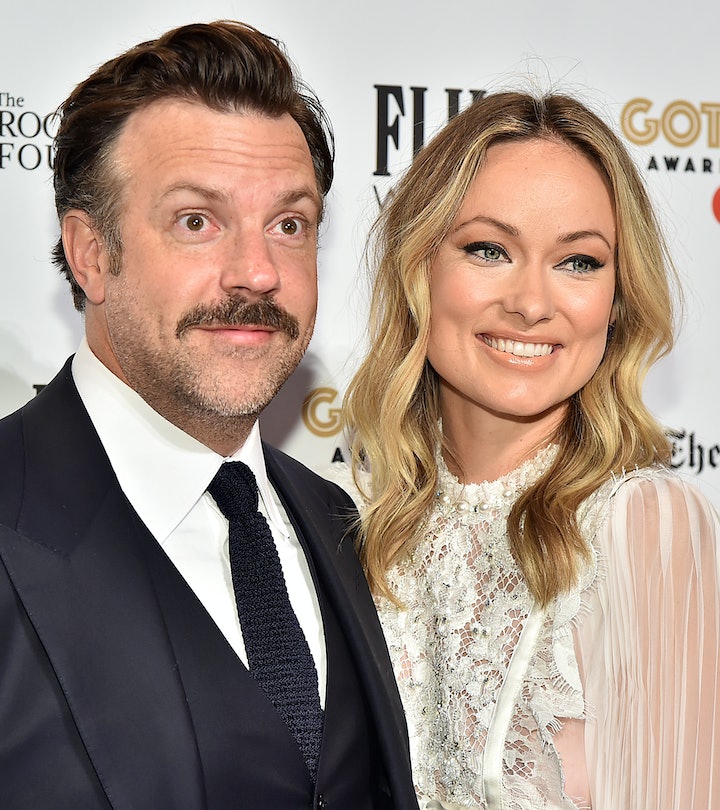 This one is delicious. And no, we’re not just talking about the salad dressing.

Salad dressing is having a moment. The innocuous condiment has shockingly taken center stage in the Olivia Wilde and Jason Sudeikis nanny scandal. Among many sordid details revealed in an interview the nanny gave to the Daily Mail, it seems that Wilde dared to make her special salad dressing for her hot pop star boyfriend, thereby allegedly pushing Sudeikis right over the ex-fiancé edge. And while dressing-gate has launch a smorgasbord of memes, there’s another angle to this gossipy saga that most have missed. The delicious twist we didn’t expect is that we’re finally seeing a jilted man take over the undesired title of being the overly dramatic and “hysterical” one.

For months now, Wilde and Sudeikis have weathered the headlines dissecting the minutia of their unfortunate split. Sudeikis serving custody papers to the mother of his children in public, while she was on stage at a Film Festival promoting her latest movie may be all the evidence needed to be squarely Team Olivia. But even the now acrimonious former couple took a break from their bitterness to issue a joint statement calling their former nanny’s claims “false” and “scurrilous.”

And what exactly were these claims?

There is truly nothing that could be more dramatic than flinging yourself under the running car of your exiting-paramour in a forlorn attempt to make her stay put. And that’s exactly what the nanny claims Sudeikis did when Wilde made a dash for the door to fly off to meet her dreamy British boyfriend Harry Styles. Not since every single undignified rose ceremony in every single episode of The Bachelor has there been such a desperate (and dangerous) attempt to make an ex reconsider saying sayonara.

Women are more often portrayed as the phone-snoopers and password-breakers, trying by any means necessary to get into their man’s DMs or text messages to see if he’s in fact straying. (Kim Kardashian once played amateur hacker, breaking into the voicemail of one of Khloé’s cheating boyfriends.) The nanny alleges Sudeikis discovered Wilde’s relationship with Styles via messages on an Apple watch. Did Wilde in fact leave said watch behind, or was Sudeikis going all Geek Squad on his fiancé’s gadgets to catch her in the act by any means necessary?

One of the receipts produced in the Daily Mail expose is a supposed text that Sudeikis sent to the nanny on Jan. 17, 2021 at 3:59 p.m. smack-dab in the middle of his crumbling relationship. “You are a good person. With an amazing heart. Please don’t think for a second you will be ‘punished’ for any of this. Love will win. #believe.” Not only did this text prove to be untrue, as the nanny says she got sacked, but it’s hard to believe that Sudeikis was physically capable of the cheesiness required to type out #believe, the aphorism coined by his almost offensively upbeat creation, Ted Lasso. The SNL alum also allegedly replayed Wilde’s voicemails for the nanny to listen to and dissect, a classic vengeful middle school move.

The nanny also claimed that Sudeikis cried. Like, a whole lot of “out of control crying.” And while there is of course absolutely nothing wrong with showing feelings via healthy waterworks after the end of a meaningful relationship, it’s refreshing to see that all this unadulterated emotion was in fact shown by a man.

#5. The ban on fantastic music.

Not since the movie Footloose has an edict against music been so devastating. According to the nanny, when Sudeikis learned of his leading lady’s betrayal, he immediately prohibited the playing of Harry Styles’ discography in his home. Infidelity aside, it’s pretty cruel for Sudeikis to ban amazing music, especially in a year dominated by Styles’ boppy new album.

The tables, they have turned.

But beyond the characterization of Sudeikis as histrionic, let’s also take note of Wilde in her unflappable glory. Through it all, the single mom remained cool as a cucumber, thoroughly enjoying her Hot Mom Summer. (Remember 2021? She may have literally been the only one.) The director never seemed all that interested in conventional relationships (as evidenced by the fact that after seven years, she never married her fiancé in the first place), and she keeps flipping the gender roles in the Hollywood break-up script. She took a move right from the playbook of many so-called male players who wrap up one relationship and immediately engage in another with a much younger partner. And if you believe the fired nanny, Wilde’s also the one who made the first move to smooch Harry Styles.

But while Wilde has had to face the blatant sexism and double standards in media coverage, until now, the beloved Ted Lasso star has escaped mostly unscathed. And though it’s never cool to revel in anyone’s heartbreak and take too much pleasure in revelations about what was clearly a toxic workplace, I must admit to some Sudeikis-induced smugness. Is it a little gratifying to see a dumped man depicted as the pathetic, crazy ex-boyfriend for once? You bet your balsamic it is.