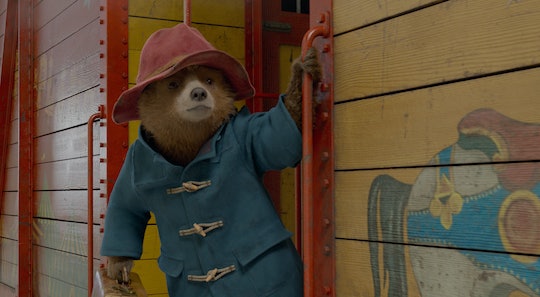 “Paddington 2 is now officially a cinematic masterpiece and always has been.”

After eight decades of accolades, dissertations in film schools, and the general assumption that it is clearly the best film that has ever been made, Citizen Kane has been beaten out by a sweet little bear from Peru with great fashion sense and a taste for marmalade. One negative review was unearthed by Rotten Tomatoes from the Chicago Tribune in 1941, Paddington 2 is now officially rated higher than Citizen Kane. Dither all you want, the numbers don’t lie. Paddington 2 is the new GOAT.

Rotten Tomatoes discovered the single negative review for Citizen Kane as part of its Archival Project, an anonymous review in the Chicago Tribune that referred to Orson Welles’ seminal masterpiece as “bizarre enough to become a museum piece. But its sacrifice of simplicity to eccentricity robs it of distinction and general entertainment value,” per The Hollywood Reporter.

This negative review dropped Citizen Kane’s rating on Rotten Tomatoes to 99%. And gave Paddington 2 the edge it needed to topple a once untouchable giant. The beloved movie starring a bear so charming he once danced with the Duchess of Cambridge herself at Paddington Station as her husband Prince William watched helplessly from the sidelines has a 100% rating.

Paddington 2 is just better than Citizen Kane. And everyone has some feelings about it.

‘Paddington 2’ is getting some well-deserved love.

There are some on social media who are getting an almost absurd amount of joy from Paddington 2’s new place on top of the heap of nearly a century of filmmaking. Like this person who photoshopped an image of Paddington himself standing over the grave of Citizen Kane throwing out a peace sign with the message “Paddington 2 is a masterpiece.”

‘Paddington 2’ is now the GOAT.

Another social media user noted that “Paddington 2 made me sob and I have no idea what Citizen Kane is so I think is this appropriate.”

‘Paddington 2’ is the new GOAT.

There was even talk about whether or not film schools might want to rethink their curriculum with the news of Paddington 2’s triumph.

‘Paddington 2’ should be taught in film schools.

James Gunn, director of Guardians Of The Galaxy, went to bat to defend Paddington 2 on Twitter. When one person wrote, “PADDINGTON 2 isn't even that good tbh. This is a 100% based on a lot of soft passes and a couple of elder millennial critics memeing with all their might,” Gunn responded, “Hard disagree. Paddington 2 is a masterpiece.”

‘Paddington 2’ is getting lots of love.

Paddington 2 director and writer Paul King responded to the news that he is essentially the new Orson Welles. King told The Hollywood Reporter, "It's extremely lovely to be on on any list, which includes Citizen Kane, but it is obviously quite an eccentric list that goes from Citizen Kane to Paddington 2, so I'll try not to take it too seriously. I won't let it go too much to my head and immediately build my Xanadu. But I have been cooking up a model just in case."

StudioCanal UK is currently working on Paddington 3, with King telling The Hollywood Reporter he wants to take time to make the “best possible film” and added jokingly, "Maybe this is where Orson went wrong — he just needed to have spent a little longer on the script!"

More Like This
Sox The Cat Is The Companion We Never Knew Buzz Lightyear Needed
'Hocus Pocus 2' Officially Has A Release Date To Look Forward To
10 Of The Raddest Movies From The '90s To Watch On Girls Night
Kristen Bell Just Hinted That 'Frozen 3' Is Maybe (Hopefully!) In The Works