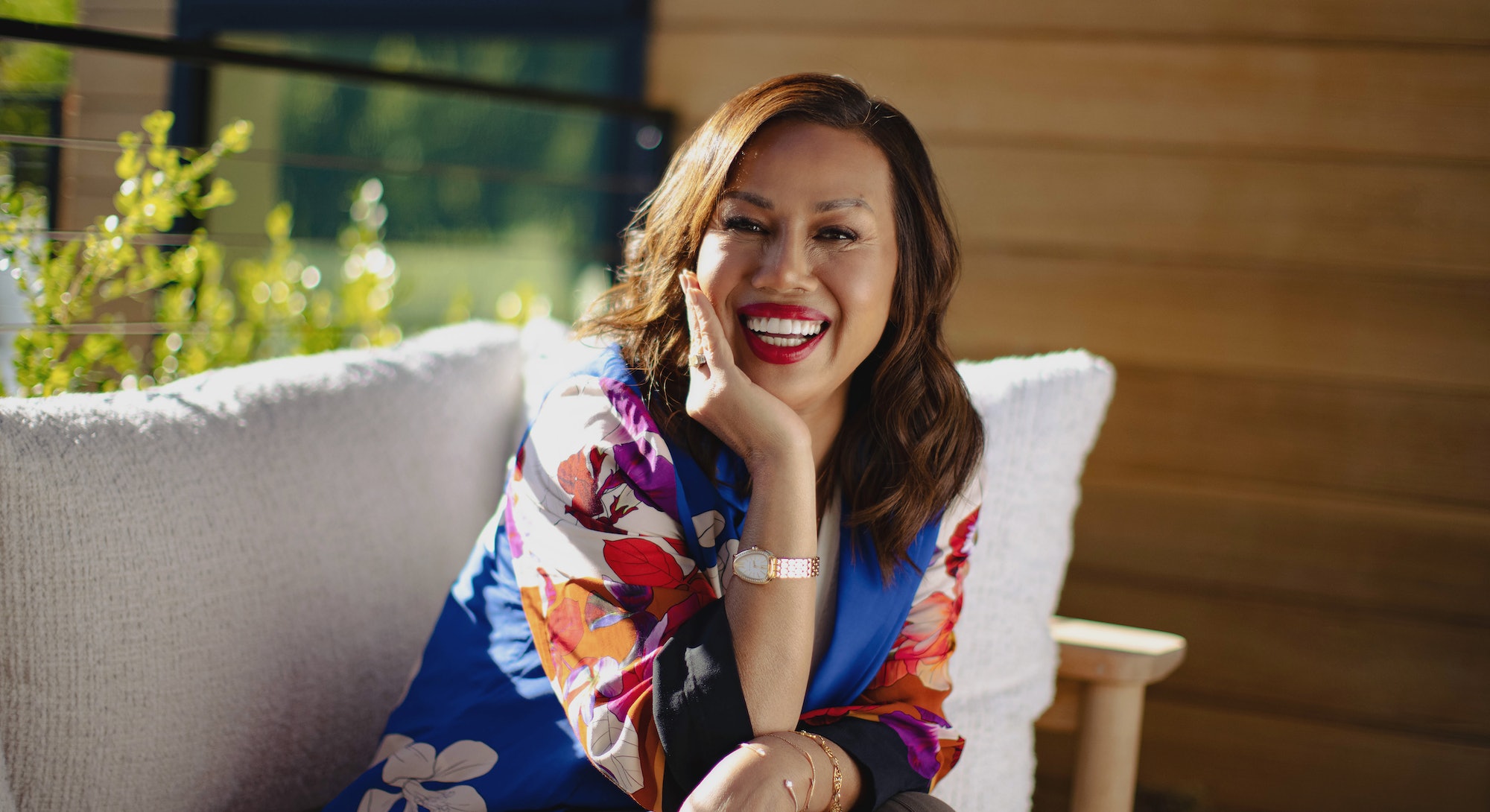 The Teigen matriarch’s new cookbook promises to help everyone have fun in the kitchen.

It was Chrissy Teigen who convinced her mother, Vilailuck — better known as Pepper — to write a cookbook. “She said ‘Mom, you cook so good. You need to write it down.’ I said, ‘I don't have to write it down,’” Pepper laughs. She taps her temple. “Everything is in here. Safe and sound.”

Eventually, she conceded. “So I have something for her, for my grandchildren, and something for myself that I could be proud of,” she says, adding that it’s also a way of honoring her parents, who “taught me since [I was] little.” And now, here at last is The Pepper Thai Cookbook, an accessible and conversational compendium of the Teigen matriarch’s most cherished Thai dishes.

On Zoom, Pepper is at ease. She’s calling from the home she shares with Chrissy, her son-in-law John Legend, and her grandchildren Luna and Miles. She’s all put together, wearing earrings and a headband and a full face of makeup — and an apron (true to her brand, she was just in the kitchen). At one point, Luna graces our Zoom chat, hopping into her grandmother’s lap and briefly gazing at the computer screen before realizing there’s nothing to see (except, presumably, my face). “Look at you, pretty,” Pepper coos.

Family and food are reciprocal for Pepper. “This is the way of life for Thai people,” she says. “The family's always together.”

Luna, Pepper says, is shaping up to be a talented chef herself, showing interest in cooking at an early age — much like her mother before her. “We’d go to eat at Denny's. She wanted to be a chef at Denny's, you know?” Pepper says of the young Chrissy. Luna’s position on Denny’s isn’t clear, but she certainly loves helping in the kitchen. “She just will ask to mash and pound something for me — salad, chili, crack an egg, mix something.” On Sundays, she helps John make pancakes. (Miles has yet to show much interest in the culinary arts, but there’s time yet.)

And there’s no patience for picky eaters. Pepper’s already been getting Luna used to spicy foods, and says that her granddaughter must eat whatever she prepares; when Miles is a touch older, the same expectations will apply to him.

For Pepper, family and food are reciprocal. She misses the nightly family dinners she enjoyed as a child. “This is the way of life for Thai people,” she says. “The family's always together.” These days, the Teigen-Stephens are often too busy to sit down together, but they do their best. And even when they’re not enjoying communal dining, they’re relishing the act of cooking. “It's a part of me, calm and happy and soothing,” Pepper says. When Chrissy cooks, “she's so happy,” she adds, describing how her daughter sets the mood with music and takes her time in the kitchen, pausing every now and then to document the process.

Cooking wasn’t always fun for Pepper, especially during her childhood in a small town outside Korat, Thailand, when she was waking up at 2 a.m. to help her mother prepare street food. But after she moved with her now ex-husband to America at around the age of 20, she found comfort in making the dishes she was raised on — even sometimes cooking a separate meal for herself, while serving her family the American-style cuisine they craved.

It’s a joy that Pepper hopes the readers of her cookbook will find, too — that, and some utility. She used cookbooks to teach herself how to make American-style food, and knows what a resource they can be. She encourages anyone and everyone to pick it up and give some recipes a go, and alter them as they please. “You didn't like this sauce, you leave it out. You put something [else] on instead,” she says, adding, “don’t be afraid to try.”

She certainly isn’t afraid to try. Notoriously experimental in the kitchen — Chrissy’s often noted her talent for making things up, and she herself is proud of how she’s learned to make do with the limited ingredients on offer at the supermarket — Pepper is equally adventurous in her personal life, and enjoying a renaissance of sorts in her later years. She boasts over 416,000 followers on her Instagram, @pepperthai2 (she lost the password to @pepperthai), and is parlaying her celebrity status into a TV show (the details of which have yet to be announced), and possibly a restaurant. Chrissy is looking into the latter, but keeps her mother in the dark — she and Pepper are both all too aware of her big mouth. No one said family businesses are easy to run.

It’s fitting that Pepper would find success alongside her family, as she’s clearly besotted with them. “Just being grandma right now is so much fun,” she gushes. Everything else is gravy.