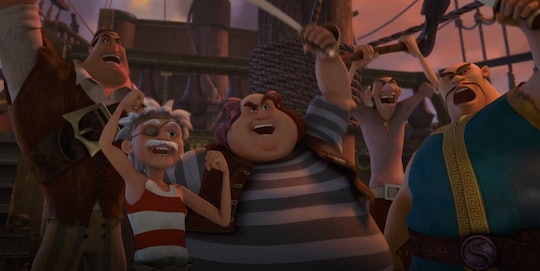 20 Kid-Friendly Movies About Pirates For Your Little Buccaneer

Say “ahoy” to these adventure-filled films.

If you or your kids have ever dreamed of sailing the seven seas in search of treasure, then a pirate’s life is probably for you. These movies for kids and families about pirates will take you to lands near and far in an adventure of epic proportions.

There is something about being a pirate that seems so appealing to kids. I mean, who wouldn’t want to spend their days exploring the open sea on a boat, fighting off enemies, searching for buried treasure, and seeing where the wind blows them? But it’s also best that kids just play pretend when it comes to being a pirate. Spending all of that time in the open ocean seems kind of dangerous and just a little lonely.

But these movies will make everyone in the family feel as if they’re a pirate, even if they haven’t earned their sea legs just yet. Whether you watch a classic film like Peter Pan or Hook or opt for an international film like Captain Sabertooth and the Treasure of Llama Rama, you will automatically be transported to the ocean. And some of these films, like Pirates of Penzance and Ice Age 4 use music and humor to make being a pirate seem so interesting.

Even if boats make you seasick, you will find a pirate movie that everyone in the family will want to watch.