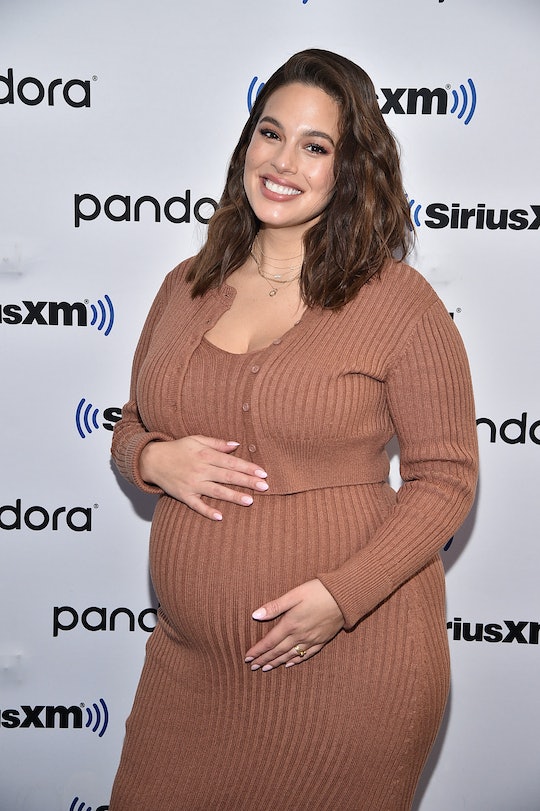 “I’m so scared they’re going to fall out all over again.”

Ashley Graham is getting a little nervous as she gets closer to her due date with her twin boys. Probably she is nervous about several things, but she took to her Instagram Story on Tuesday to admit she is getting “so scared” about hair loss. The Pretty Big Deal podcast host, who is already mom to nearly 2-year-old son Isaac with husband Justin Ervin, admitted that she has worked “so hard the last two years for these baby hairs to come back,” and she’s “so scared that they’re going to fall out again.”

Graham opened up in May about suffering from postpartum hair loss after giving birth to son Isaac in January 2020, telling Parents, “I think it was like around four months, my whole hairline fell out.” She added, “That was more traumatic than even birth because I was like, ‘My hair’s falling out in clumps — what am I doing?’ And then I realized it’s actually a thing.”

Now that her twin boys are due to be born soon, she’s worried that the same thing will happen again. So much so that she’s reaching out to fellow mom Cardi B to find out “what you did with your hair,” noting in the video on Instagram, “Her hair looked amazing after she had her son.” Cardi B welcomed a son with husband Offset in September and is already mom to 3-year-old Kulture. No word yet on whether she offered Graham tips on postpartum hair loss.

While not every new mom experiences postpartum hair loss, it is pretty common, with many experiencing excessive shedding after giving birth. Fortunately for these moms, including Graham, the American Academy of Dermatology doesn’t classify postpartum hair loss as permanent. “You do not have to do anything to remedy it,” AAD explains. “Most women see their hair return to its normal fullness by their child’s first birthday. Many women regain normal fullness even earlier.”

Postpartum hair loss does feel like a real kick in the pants to moms who have just gone through nine months of essentially giving their body over to another human. Who could blame Ashley Graham for wanting to hold on to those hard-won baby hairs? Fingers crossed she gets to keep them.