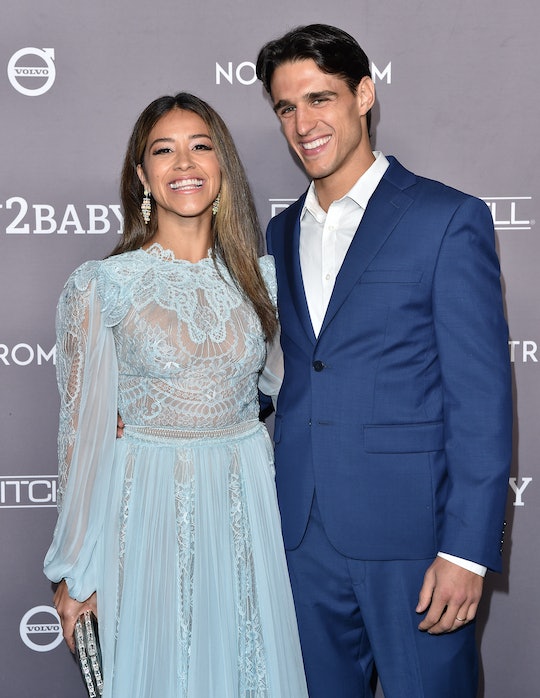 Gina Rodriguez recently shared the joyous announcement that she and her husband Joe LoCicero are expecting their first child. The first-time parents aren’t just over the moon about welcoming a new baby, they’re taking their birth plan to the next level, too. Rodriguez revealed that her husband is not only planning on being her number one support system in the delivery room, he’s also training to be her doula.

The Jane the Virgin star sat down for an interview with Entertainment Tonight and shared some details about her “hardcore” pregnancy prep as well as her supportive MMA husband, who she originally met on set. “I'm taking some hardcore prenatal classes, working on that pelvic floor,” Rodriguez said. “My husband is training to be my doula. He's really next level...He's definitely the better half, so I'm hoping that he'll just go on in there and pull our baby out,” she continued.

Rodriguez’s husband also happens to be a martial arts expert, which should also come in handy as many moms know that labor can be its own form of combat. “He's a martial artist and so it's basically, you know, he's cornering the fight of my life,” the mom-to-be joked. “I wouldn't call it a fight — I would say, it's like ... me climbing my Mount Everest and he's gonna corner me for it.”

The Someone Great star initially announced her pregnancy on Instagram on her 38th birthday with a series of sweet pictures and videos of her husband. “This birthday hits different. ❤️,” Rodriguez captioned the post.

It’s no huge surprise that Rodriguez would approach her pregnancy in such a cool and progressive way. That’s just the way she rolls. The NYU alum has a history of doing things a little differently, and being pretty darn inspirational too. She once paid off the college tuition of an undocumented student and she has been known to set Twitter on fire with a rampage of goodness, handing out compliments to her fans and followers. And on top of that, the actress and Golden Globe winner still has the time to be a fashion icon, setting red carpets ablaze with her glamorous style.

Rodriguez has made no secret about wanting a baby of her own even before she tied the knot. In a 2016 interview with Ellen DeGeneres, the Jane the Virgin star shared how playing a teen mom on television was giving her baby fever and literally making her ovaries sing.

So it’s pretty awesome to see that art is somewhat imitating life (minus the whole virgin thing), and that Rodriguez will soon have her own bundle of joy.