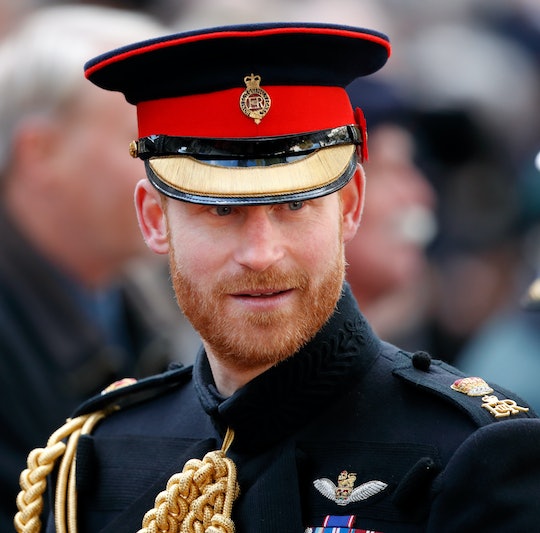 “We share a bond even without ever meeting one another.”

Prince Harry knows all too well how it feels to lose a parent. He was just 12 years old when he lost his beloved mother Princess Diana in a 1997 car crash in Paris, and it changed his life. After struggling with that loss for years, the Duke of Sussex has written a letter to children who have suffered a similar loss.

In honor of Remembrance Day this year, Prince Harry wrote a letter to children via Scotty's Little Soldiers, a British-based charity created to help bereaved children who have lost a parent in the military. “I wanted to write to you and let you know you are all in my thoughts and heart today,” the dad of two wrote in his letter. “We share a bond even without ever meeting one another, because we share in having lost a parent.”

Prince Harry went on to say that he understands their pain and grief “first-hand,” and wanted them to know that they are not alone, especially on an emotional day like Remembrance Day. “While difficult feelings will come up today as we pay tribute to our heroes like your mum or dad, I hope you can find comfort and strength in knowing that their love for you lives and shines on.”

Prince Harry went on to offer some helpful advice on dealing with grief that he has come to understand, particularly in recent years as husband to Meghan Markle and father to 3-year-old son Archie and 1-year-old daughter Lilibet.

“One of the ways I've learned to cope has been through community and talking about my grief and I couldn't be more grateful and relieved that you have amazing people walking beside you throughout your journey,” he continued. “We all know some days are harder than others, but together those days are made easier.”

The loss of Princess Diana is something Prince Harry is expected to write about in his upcoming memoir Spare, which will be available in January. Certainly that loss seems to have inspired the title, as his mother once said that the royal family would look after the heir, her oldest son Prince William, while she would look after him, the “spare.”

To lose his mother at such a young age formed the person Prince Harry has become. And for him to share his own grief with children who might be suffering in an effort to help them is truly the kindest, most compassionate thing.