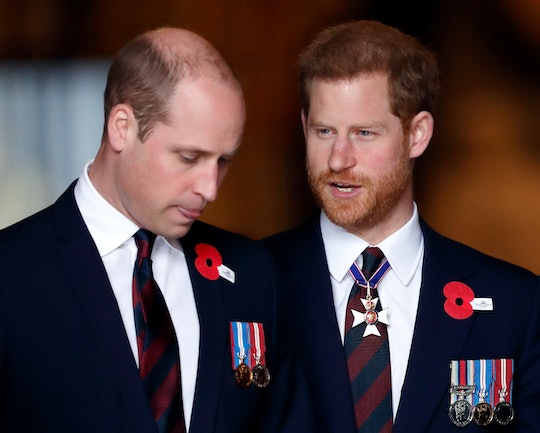 As decreed by his grandma.

When the Duke of Edinburgh is laid to rest at Windsor Castle on Saturday, his funeral will reflect the man he was to many. Husband to Queen Elizabeth, father to the heir, and beloved grandfather of eight. While he was, himself, a dedicated military man himself, the royals will wear suits at Prince Philip’s funeral rather than their own military uniforms, as would normally be the tradition. This decision, reportedly made by Queen Elizabeth herself, has more to do with their own family than it does with any real royal decree. Indeed, it appears to have been a decision made by a loving grandmother.

On Thursday, several British news outlets including The Guardian reported that senior members of the royal family would forgo the tradition of wearing their ceremonial military uniform at Prince Philip’s funeral this weekend. Instead, Prince Charles, Prince William, and Prince Edward will join Prince Harry and Prince Andrew in wearing civilian morning suits. Prince Harry stepped away from his senior royal role last year, while Prince Andrew also stepped back from his royal duties around the same time after his association with disgraced financier Jeffrey Epstein came to light.

Because of Prince Harry’s change in royal role, he would not have been able to wear his own military uniform. And because of this, royal sources close to Queen Elizabeth told The Sun that the loving grandmother stepped in to solve the potentially embarrassing situation by asking the whole family to wear morning suits.

Thereby giving everyone in her family the chance to focus on saying goodbye to Prince Philip rather than anything else.

Prince Philip’s funeral plans are significantly more intimate and family-focused than other royal funerals of the past. COVID-19 safety protocols are a factor, of course, but the man himself reportedly wanted very little fuss made about his passing despite his decades of service to the monarchy. Instead, he wanted a private, family ceremony with his loved ones able to say goodbye together in peace.

He is getting the goodbye he appeared to have wanted. His grandson Prince Harry has returned home to walk in the funeral procession with his family, including his brother Prince William, behind Prince Philip’s coffin. The royal family have been sharing beautiful tributes and memories of the father, grandfather, and great-grandfather who was “cheeky right ‘til the end,” as Prince Harry wrote. They will say goodbye together. No one centered out or made to feel embarrassed.

Because their grandmother Queen Elizabeth is watching out for them. Glad, I’m sure, to have them close as she says goodbye to a man she loved almost the whole of her life.

What a lovely way for them to all come together.