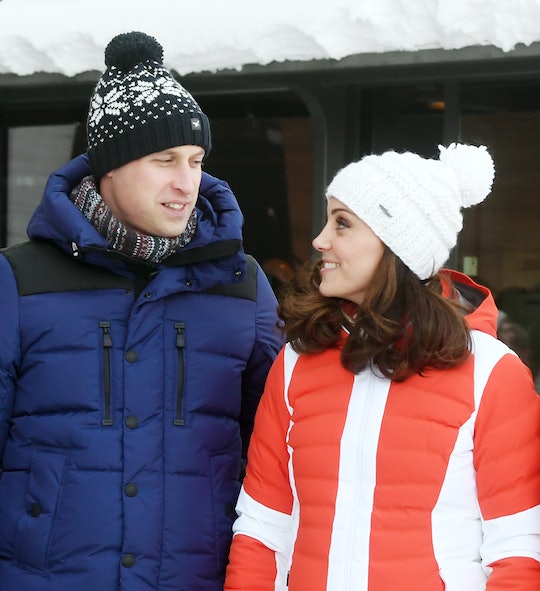 No wonder it’s been banned by Queen Elizabeth.

When the royal family gets together to celebrate Christmas at Sandringham, they have a long list of traditions to adhere to for their celebrations. The official weighing-in, for instance, the many, many Christmas trees. Opening presents on Christmas Eve. Walking to church on Christmas morning. But once all of those traditions have been checked off the list, some members of the royal family like to kick back with a good old board game. And Prince William shared their favorite Christmas board games, one of which has been on Queen Elizabeth’s naughty list for years.

The Duke of Cambridge sat down for a question and answer period with young patients for Radio Marsden in his capacity as the President of the Royal Marsden cancer charity, a position his mom Princess Diana once held. The dad of three got candid about how his family celebrates Christmas, especially what kind of board games they all like to play together. According to Prince William, he and his family, including 8-year-old son Prince George, 6-year-old daughter Princess Charlotte, and 3-year-old son Prince Louis, like to settle in for a game of Monopoly or Risk.

Although no offense to Prince Louis, I feel like he’s not yet old enough to play these fairly advanced board games on his own. Perhaps he teams up with mom Kate Middleton.

When the family plays board games, Prince William said things can get quite competitive, “usually everyone gets very cross about because they lose.”

Perhaps Queen Elizabeth is the one who is getting cross, since she reportedly does not love Monopoly as a board game. Why? According to a report in The Express, her family gets a bit out of hand when they play it. When the Duke of York was gifted a version of Monopoly in 2007, he turned it down explaining, “We’re not allowed to play Monopoly at home. It gets too vicious.”

Now the heir to the throne, Prince William himself, is changing the rules despite the fact that his family is still getting cross about the game. At least they take a bit of time out from the ruthless games of Monopoly to hang out with their cousins and eat. Something that means a lot to the proud dad. “For me, generally, bringing the family together at Christmastime is always lovely because we're quite spread out doing our things a lot of time throughout the year. We get very few moments to actually come together," he told Radio Marsden. "When I see my children meet up with my cousin's children, and they all have a wonderful time playing together, it's very special. I look forward to that a lot.”

Just so long as he gets to play his board games, right?