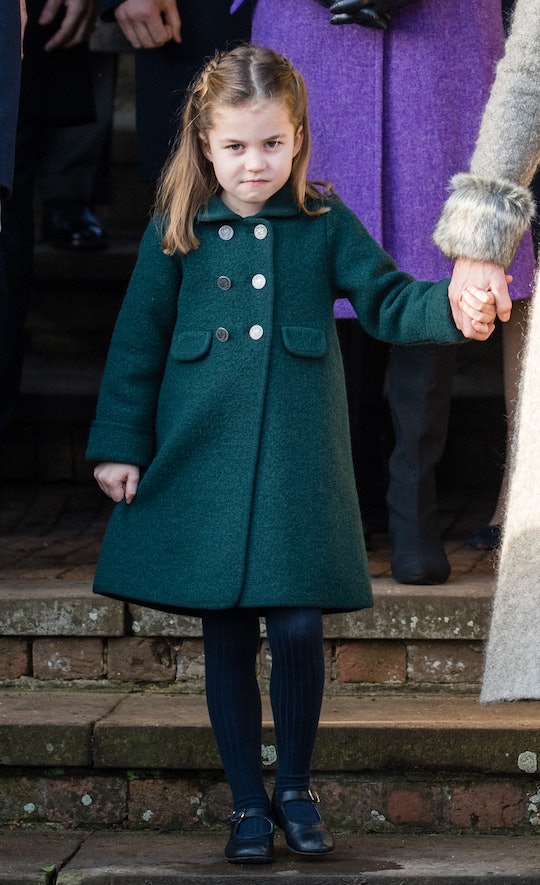 Princess Charlotte Takes After "Granny Diana" With Her Love Of Dancing

The young royal all about ballet. And Shakira.

Prince William recently shared the incredibly relatable morning routine of his three kids, 8-year-old Prince George, 6-year-old Princess Charlotte, and 3-year-old Prince Louis, in a Time To Walk episode on Apple Fitness+. “Most mornings there's a massive fight between Charlotte and George as to what song is played in the morning,” Prince William explained. “I have to, now, basically prioritize that one day someone does this one, and another day it's someone else's turn. So George gets his go, then Charlotte gets her go. Such is the clamor for the music.”

The Cambridge kids are all about dancing around the kitchen, with one child getting especially excited about it. “Charlotte, particularly, is running around the kitchen in her dresses and ballet stuff and everything,” Prince William shared. “She goes completely crazy with Louis following her around trying to do the same thing.”

Dancing around the kitchen in her ballet attire. How proud would Granny Diana have been?

Princess Diana was rather famously a huge fan of dancing, once even performing a surprise contemporary dance to Billy Joel’s “Uptown Girl” with professional dancer Wayne Sleep for Prince Charles at the Royal Opera House (a moment that was recreated on Season 4 of The Crown).

Much like her granddaughter Princess Charlotte and grandson Prince George, Princess Diana was also a fan of releasing a little tension at the start of the day through music. While they both are fans of “Waka Waka” by Shakira, according to their dad, Prince William revealed that Princess Diana had her own particular song to help her sons deal with school jitters. “My mother used to play all sorts of songs to kind of while away the anxiety of going back to school,” he explained in the Apple Fitness+ documentary, per Entertainment Tonight. “And one of the songs I massively remember and has stuck with me all this time, and I still, to this day, still quite enjoy secretly, is Tina Turner's 'The Best' because sitting in the backseat, singing away, it felt like a real family moment.”

Princess Charlotte, whose full name is Charlotte Elizabeth Diana after her grandmother and great-grandmother, honors her memory in more ways than dance. When she and her siblings celebrated Mother’s Day in March, they all made cards for “Granny Diana” that were full of love. “I love you very much. Papa is missing you,” wrote Princess Charlotte.

Fortunately for him, he can see a small version of his mother dancing around his kitchen every morning.