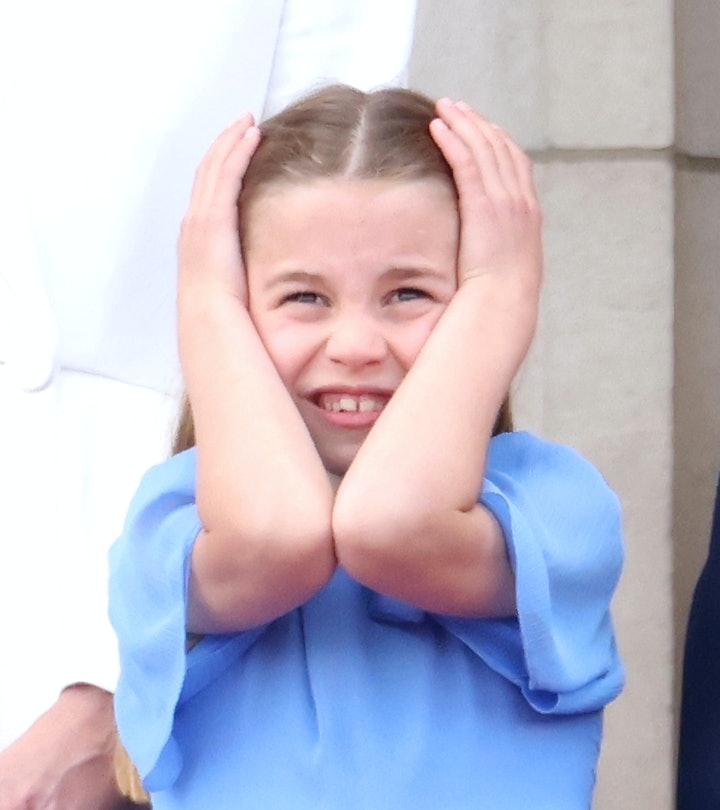 And more sweet photographed moments of the little royal.

Being fourth in line to the royal throne isn’t easy, but Princess Charlotte makes it look fun. The goofy middle child to Prince William and Kate Middleton always seems to be having a splendid time in all of the photos taken of her over the years. Looking at every photo of Princess Charlotte shows that she is full of personality.

It’s hard not to see that shine in her photos. From making funny faces (which she was keen on doing as a child) to striking a pose whenever the situation calls for it, Princess Charlotte is no stranger to being in front of the cameras. But as a member of the United Kingdom’s royal family — and with her older brother, Prince George, set to be king in the future — being in front of the camera is something she will be doing for the rest of her life.

Princess Charlotte Elizabeth Diana of Cambridge was born on May 2, 2015 at St. Mary’s Hospital in London. From her first appearance outside of the hospital in her mom’s arms to her latest birthday portrait, taken by Middleton, Princess Charlotte has always seemed like such a happy, fun, girl.

These photos prove that.

Princess Charlotte’s resemblance to her great-grandmother Queen Elizabeth II has been observed since she was small, and her appearance at her Majesty’s Platinum Jubilee was no exception. There were a few moments when her royal composure cracked a little bit — particularly during the flyover at the Trooping the Colour.

We can’t blame her: those planes are loud.

Matching Mom In Easter Blue For Her Easter Debut!

In April 2022, 6-year-old Princess Charlotte went full spring pastel when she made her royal Easter debut for church service at St. George's Chapel in Windsor Castle. This was the first time the young princess, who arrived holding her dad Prince William’s hand, attended Easter services with the royal family. (Prince George’s first time, too!) For the big day, she wore pale blue tights and a dress in the same color, matching her mom’s blue dress coat. Naturally she topped her look with a navy cardigan as is often her wont.

Princess Charlotte joined her parents and big brother Prince George at Westminster Abbey in March 2022 at Prince Philip’s memorial, and she has truly never looked more grown up.

December 2021 saw the latest Cambridge family Christmas card, taken while the family was on holiday in Jordan together. Princess Charlotte wore a cute sundress and looked like a regal little queen.

Princess Charlotte was kind to a butterfly.

Kate Middleton took a photo of Princess Charlotte gently cradling a butterfly, and she looked too precious for words.

Prince William and Kate Middleton celebrated their tenth wedding anniversary in April 2021, and they seemed to spend the day hanging out with their three kids at their country home of Anmer Hall. And Princess Charlotte looked like she was having a grand time running around with her dad.

In honor of Princess Charlotte turning 6 in the beginning of May, the royal family released a new photo of the young princess, taken by her mom.

Charlotte’s crooked smile and blonde hair are too adorable, and are proof of how much she has grown throughout the years.

The little girl walked the red carpet alongside her parents and brother to watch a special pantomime performance in December 2020. Of course, she looked so put together.

In a rare moment, Princess Charlotte appeared casual and dressed down while hanging out with her dad and brothers on a swing. Now that looks like a lot of fun.

Princess Charlotte appeared more dressed up in her fifth birthday portraits shot by her mom, wearing a sweet houndstooth dress.

The official Kensington Palace Instagram account revealed that these photos of Princess Charlotte were taken as she and Middleton helped to pack up and deliver food to the people in their neighborhood, isolated amid the coronavirus pandemic.

Whether she’s spending time in nature or hanging out with her family members, Princess Charlotte seems to have a blast wherever she goes.

Even when she is posing with her brothers, Princess Charlotte seems to shine in every single photo. Blame it on that famous personality.

But for every photo where she is dressed down, Princess Charlotte is dressed up. Take this December 2019 outing where she wore a gorgeous green coat.

Middleton snapped this photo of her two oldest kids shortly before they left for their school day at Thomas’s Battersea in September 2019. Can you imagine going to school with Princess Charlotte? I bet she’s the class clown.

Princess Charlotte is like every girl her age — she can’t resist making a funny face when the moment calls for it.

The royal family celebrated Princess Charlotte’s fourth birthday in 2019 with a series of super sweet photos, taken by Middleton, of the little girl outdoors.

That dress and sneakers combination is too precious!

Princess Charlotte was a vision in blue when she posed with her family members for their annual Christmas card photo in 2018.

Although Middleton has once reportedly said that Princess Charlotte’s favorite color is pink, according to Town & Country, she does seem to wear a lot of blue. For example, take this blue dress that she wore for a portrait for her grandfather Prince Charles’ birthday.

Princess Charlotte smiled for a family photo at Prince Louis’ christening in July 2018. The little princess became an older sister for the first time when Louis was born in April that same year.

Princess Charlotte served as a bridesmaid at her uncle Prince Harry’s wedding in 2018.

While she was there, she was sure to make funny faces and sweetly stand alongside her new aunt, Meghan Markle.

In a photo released shortly after her third birthday, Princess Charlotte can be seen kissing her little brother’s head, looking so happy to be a big sister.

Kensington Palace released an adorable photo of Princess Charlotte dressed to the nines in a red colored outfit for her third birthday.

Waving For The Cameras

Princess Charlotte has her royal wave down pat, as evidenced by the time she waved for cameras while going to meet Prince Louis for the very first time.

For the last official Christmas card photo as a family of four, the Cambridges looked so sweet in their matching blue outfits.

A month before her second birthday, Princess Charlotte posed for her mom while wearing an adorable cardigan sweater at their family’s home in Norfolk.

Princess Charlotte got one of her first tastes of traveling overseas when she visited Canada with her family in 2016 and got to play with children from Canadian military families.

When Princess Charlotte turned a year old in May 2016, the royal family celebrated by posting a series of photos of the little girl to Instagram.

At just the age of 1, Princess Charlotte was already so expressive. Just look at that sweet little smile!

Whether she’s in cold or warm climates, Princess Charlotte knows how to have fun wherever she goes.

Princess Charlotte posed alongside a stuffed animal for her 6-month portraits, taken by Middleton in November 2015.

Princess Charlotte wore her brother’s christening gown for her own christening in July 2015.

From her birth in May 2015, Princess Charlotte has always been ready for a good photo opportunity. These photos prove that.

This article was originally published on May 16, 2021