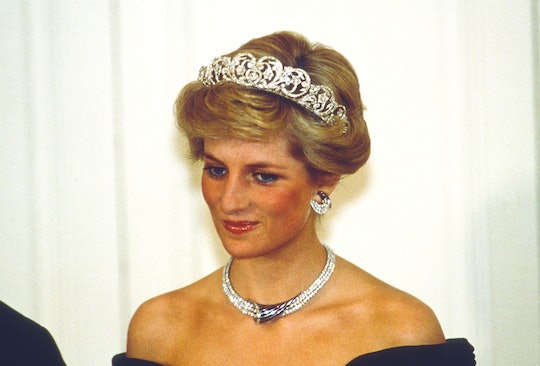 It’s been 24 years since she died.

It has been 24 years since the world lost Princess Diana. On Aug. 31, 1997, the Princess of Wales died in a car crash in Paris, leaving her millions of fans across the world stunned with grief. Leaving her own family stunned with grief. And more than two decades later, she is still remembered. By her fans, of course, but Princess Diana’s brother is also remembering his sister on the anniversary of her death. As he has always done, steadfast in his love for the sister he lost far too soon.

Earl Spencer resides at Althorp House, the place where he grew up with Diana as well as their two other sisters, Lady Jane Fellowes and Lady Sarah McCorquodale. On the anniversary of her death, he shared a simple, poignant tribute to the late Princess Diana on his Instagram feed. A photo of the flag flying at half mast above Althorp House. A reminder of the older sister and close friend he lost when she died at just 36 years old.

This quiet tribute to his sister was accompanied by a message about another way Earl Spencer remembers his sister at their family home. “In 1998-1999 Earl Spencer arranged for the planting of a new avenue of oak trees in memory of his sister, Diana, Princess of Wales,” Althorp House tweeted. “There are 36 of these oaks, one for each year of her life.”

Princess Diana’s brother remembers her on the anniversary of her death.

Charles Spencer joined his nephews, Princes William and Harry, when they unveiled a statue of their mother at Kensington Palace that they had commissioned in honor of what would have been her 60th birthday in July. He has reportedly remained close to both his nephews in the years since Princess Diana died, attending the christening of Prince Harry’s 2-year-old son Archie with Meghan Markle in 2019 as well as other big life events. He even responded to the ever-present rumors of rifts between his two nephews, saying per Hello! that he remembers “when I was a boy and Diana became Princess of Wales, I just sort of ploughed along on the same path. You separate the media personality from the real person who's a member of your family, and that's all that matters at the end of the day.”

At the end of Princess Diana’s day, and even long after, he remembers what matters. The sister he loved and lost too soon.