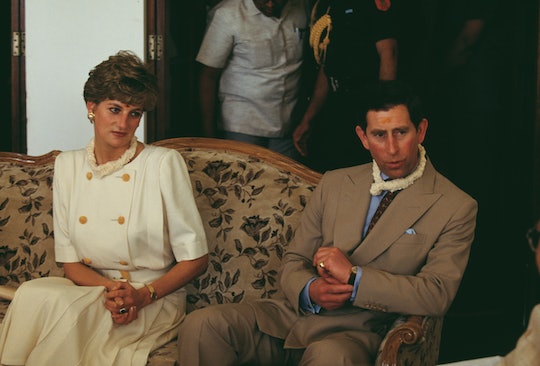 Several actresses have played and will continue to play Princess Diana. Naomi Watts, Kristen Stewart, Emma Corrin in Season 4 of The Crown on Netflix. It’s an incredibly difficult role to play as the actress has to somehow manage to do more than look just like one of the most famous women in living memory. They also need to embody a very specific quality, a type of charisma that has made the Princess of Wales a lasting icon decades after her death. And the first look at Prince Charles and Princess Diana in The Crown Season 5 sees Elizabeth Debicki do just that. Embody the princess during a complicated time in her life as a wife, humanitarian, and mother to a future king. As for Dominic West in his role as Prince Charles, his look might be quite different, but the presence is the same.

Australian actress Debicki, who is best known for her roles in movies like Tenet and The Great Gatsby, was chosen to play Princess Diana last August. She released a statement at the time via The Crown’s Twitter account about her new role, explaining it is her “true privilege and honour to be joining this masterful series, which has had me absolutely hooked from episode one.”

On Tuesday, The Crown shared their first look at West as Prince Charles and Debicki as Princess Diana on their Instagram page, and royal fans are already blown away by the similarities.

Season 5 needs to cover a lot of emotional territory for the royal family; this season is set in the ‘90s, when John Major (who will be played by Jonny Lee Miller) was prime minister, and the royal family seemed to be riddled with divorce scandal. Princess Anne divorced first husband Mark Phillips, Sarah Ferguson and Prince Andrew went through their own divorce, and then of course there was the Big One. After years of scandal, heir to the throne Prince Charles and Princess Diana, officially separated in 1992. A difficult time for everyone, and it shows in the official photos from Season 5 of The Crown.

While both actors are clearly bringing their A games, Debicki in particular, laying on a sofa staring off into space as Princess Diana, had fans raving about the similarities. “Oh man! That's 90's Diana,” wrote one social media user while another added, “Elizabeth looks identical to Diana I got chills.”

This time frame also means there could possibly be more scenes with Princess Diana as a mother to Prince William and Prince Harry. Considering how much of her life she devoted to being a loving mom to her sons, it seems impossible to imagine otherwise. And Debicki’s version of Princess Diana looks so much like the woman herself, I think we can all prepare to enjoy an emotional Season 5 of The Crown when it finally drops on Netflix some time in 2022.