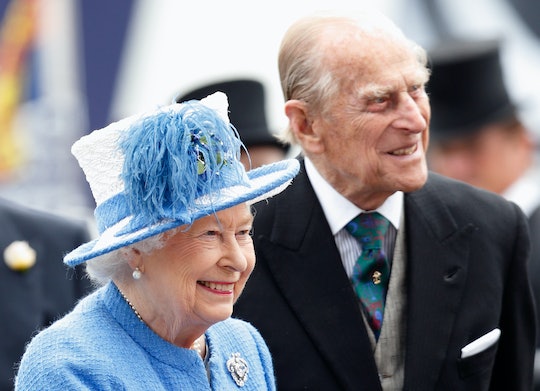 The queen signed her note using a childhood nickname Prince Philip is believed to have been the last to use.

Queen Elizabeth II made her final goodbyes to Prince Philip, her late husband of 73 years, by placing a handwritten note on the Duke of Edinburgh’s casket during a private funeral service held Saturday at St. George’s Chapel in Windsor Castle. But what made the queen’s note especially touching is that she signed it using a childhood nickname Prince Philip is widely believed to have been the last to use.

Members of the royal family gathered Saturday at St. George’s Chapel for the funeral of Prince Philip, Duke of Edinburgh. There the queen laid a private, handwritten note atop her husband’s casket. While cameras were unable to clearly catch what the queen’s note said (“In loving memory,” perhaps?) and Buckingham Palace would not reveal the contents as it was “private,” People reported the queen signed the note “Lilibet.”

Lilibet is the queen’s childhood nickname. According to Marie Claire, it was given to her long before she became Britain’s longest-reigning monarch. Although the exact date is unknown, the queen was reportedly nicknamed Lilibet by her father, King George VI, due to the fact that, as a child, she could not pronounce her own name. Although bestowed upon her by her father, a few other members of the royal family came to refer to the queen as Lilibet, including Prince Philip.

Queen Elizabeth and Prince Philip first met in 1934, according to Biography, when the young royal would have been around 8 years old and likely often referred to as Lilibet. While the pair continued to cross paths at various royal events, such as George VI’s coronation in 1937, it reportedly wasn’t until 1939 that a then-13-year-old Elizabeth developed romantic feelings for her then-18-year-old third cousin.

But it reportedly took Philip another four years to return those feelings. The two became engaged in 1946, but kept the engagement a secret for roughly a year at her father’s request.

Prince Philip’s use of the queen’s childhood nickname is documented in a letter he sent to her mother shortly after his November 1947 wedding. “Lilibet is the only ‘thing’ in the world which is absolutely real to me,” he wrote to The Queen Mother in a letter preserved by The Royal Archives. “And my ambition is to weld the two of us into a new combined existence that will not only be able to withstand the shocks directed at us but will have a positive existence for the good.”

Prince Philip is believed to have been the last person to still use the queen’s childhood nickname, according to People. He died on April 9 at 99 years old and was laid to rest inside the Royal Vault at St. George’s Chapel on Saturday.