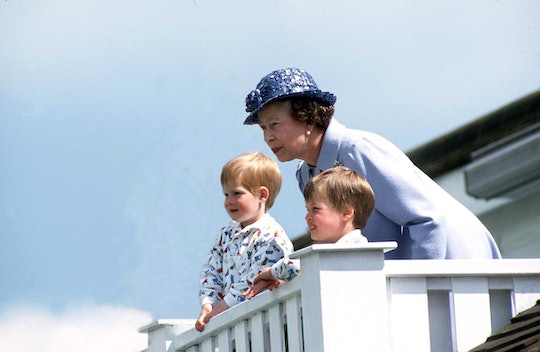 Pretty much no one in the family is calling her “Queen Elizabeth.”

If you ever meet Her Majesty Queen Elizabeth, the longest-reigning monarch Great Britain has ever seen, you can go ahead and call her “Your Majesty” when you first meet her, and then “ma’am” from that point forward. Those are the rules for us regular folk. For her family, however, Queen Elizabeth has nicknames that really run the gamut. Some are funny, some are a little out in left field, but all are said with genuine affection for the matriarch of the royal family. And if you’re thinking Betty might be one of them, you’re dead wrong. I checked.

Undoubtedly the most famous of Queen Elizabeth’s nicknames, Lilibet was the name her father, King George VI, called her from the time she was a very small princess and had trouble pronouncing her name. Since then, she has been called Lilibet by her nearest and dearest family members like the Queen Mother and her sister Princess Margaret, as well as her late husband Prince Philip. This is such a treasured nickname that Meghan Markle and Prince Harry named their baby girl Lilibet “Lili” Diana in her honor, which means the sweet nickname will go on in her family. It’s so cute, how could it not?

Queen Elizabeth’s uncle, the Duke of Windsor, and his wife Wallis Simpson referred to their sovereign as “Shirley Temple” in letters published in 1988, according to Business Insider. This nickname was apparently based on the curly hair she shared with the actress as a young woman.

Her husband Prince Philip employed several nicknames for his wife. Lilibet, of course, but also “cabbage,” according to The Mirror, which was reportedly meant to be based on the French phrase “mon petit chou” translated to “my little cabbage.”

Princess Diana had a pretty specific nickname for her mother-in-law: “The Boss.” In letters to her friend Roger Bramble, which recently sold at an auction for over $100,000, the Princess of Wales referred to Queen Elizabeth as “the Boss,” The Daily Express reported. So now Bruce Springsteen has to share that name.

Queen Elizabeth’s eight grandchildren all call her “Granny” to this day, which is a traditional, sweet, affectionate nickname for the grandmother who clearly adores them.

When Prince William was very little, he had trouble saying “Granny,” which led to him calling Her Majesty, “Gary,” according to the Daily Mail. This might be my favorite, and possibly hers too. Or so it seemed when he was heard saying this as a little boy. “I’m Gary,” Queen Elizabeth was heard saying at an event when Prince William was little, per the Daily Mail. ‘He hasn’t learned to say Granny yet.’”

Prince George and Princess Charlotte with their Gan Gan.

Finally, all of the little great-grandchildren in the family have the cutest name for Queen Elizabeth. They call her “Gan Gan,” or at least, the Cambridge children certainly do. Kate Middleton explained in 2018, “George is only two-and-a-half and he calls her 'Gan Gan.’ She always leaves a little gift or something in their room when we go and stay and that just shows her love for her family."

We should all aspire to be loved enough to be someone’s Gan Gan, Granny, Cabbage, or even Gary.