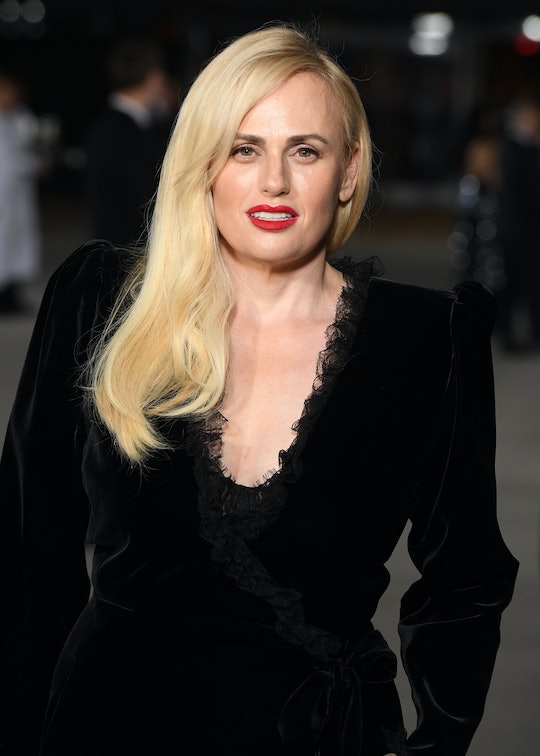 A name fit for a queen!

Rebel Wilson is definitely living her best life. The comedian and actress recently got engaged to her girlfriend Ramona Agruma, she welcomed the birth of her daughter Royce Lillian Elizabeth, and she is back onscreen starring in a dramatic role for a new movie. With all the great news in her life, it’s no wonder the Australian star can’t help but share her joy with the world. Among the sweet details she’s revealed about her growing family, Wilson recently shared the inspiration behind her daughter’s name and the connection to Queen Elizabeth.

“I wanted an original name starting with the letter R and so eventually landed on that one,” Wilson told People. As for the meaning of the newborn’s middle names, “Lillian and Elizabeth are both family names carried by women in my family who I admire. Elizabeth, which is also my middle name, after the late Queen,” the Pitch Perfect star continued.

The new mom also shared her overwhelming emotion since she welcomed her first child via surrogate after struggling with egg freezing and fertility issues. “My love for her is just overflowing. She is gorgeous and perfect. I felt like, ‘Wow, this is such a precious miracle.’”

Just as Wilson’s personal life is soaring to new levels, so is her film career and return to her serious acting roots. Wilson recently shared the trailer for her upcoming movie The Almond and The Seahorse on Instagram, and the film has some interesting connections to Wilson’s real life journey to become a mother too. “Here’s the full trailer, this is a special one: THE ALMOND & THE SEAHORSE releases Dec 16th in Theaters and Everywhere You Rent Movies @ifcfilms,” Wilson captioned the post.

In The Almond and The Seahorse, Wilson plays a character named Sarah who “really wants a baby and struggles with the decision to stay with her husband because her desire to become a mother is so strong,” she said in another interview with People.

Wilson is known for her comedic chops in movies like Senior Year and Bridesmaids, but early in her career she was more focused on dramatic acting and actually got her first big break from fellow Aussie Nicole Kidman, who funded a scholarship to study in America. “We’ve spoke about it since,” Wilson told HuffPost UK. “I really did thank her, and I donated the money back to the college two years ago, so they can use it for all their current projects and new actors.”

With a new direction in her acting career and a new baby in her arms, Wilson seems to be achieving all of her dreams. Of course her daughter would be named after a royalty. Royce’s mom is a queen in her own right too.