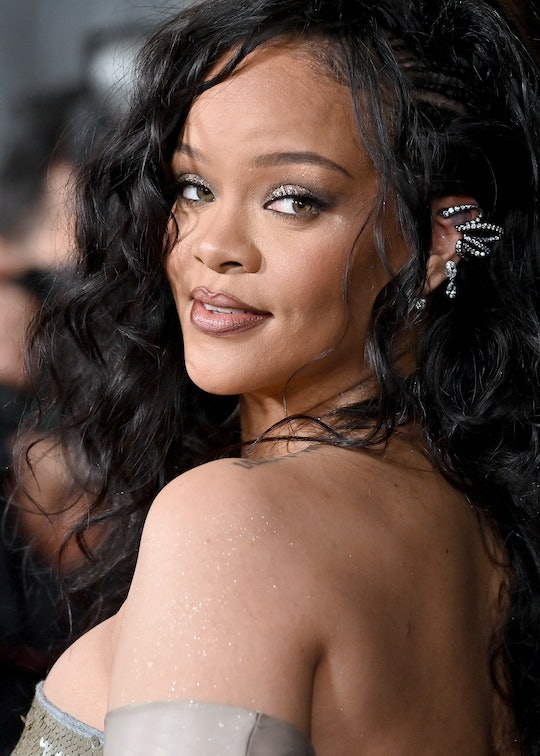 The new mom can’t get enough of her early riser’s smile.

Leave it to Rihanna to rock at being a new mom just like, well, everything else she does. Somehow the fashion mogul and first-time mom has been able to achieve that elusive work/life balance by both slowing down to soak in moments with her newborn and moving full steam ahead with her career. The “Stay” singer not only recently released a new Wakanda Forever lullaby, she also revealed that she’s gearing up to headline the next Super Bowl halftime show. But even with her jam-packed calendar Rihanna still manages to carve out the time to cherish those early morning hours with her happy baby boy.

In a recent red carpet interview with Entertainment Tonight for the Savage X Fenty Show Vol. 4, Rihanna gushed about being a mother and her favorite memories with her son.“Oh my god, the mornings, like, seeing his morning face! Seeing a baby with, like, little bags and waking up and they’re just, like, startled. They’re trying to figure out where they’re at. It’s the cutest, it’s my favorite part of the day,” said Rihanna.

Ever the entrepreneur, Riri also spilled some tea on what else might be in store (quite literally), and whether motherhood has inspired any new business ventures. In a recent Instagram post Entertainment Weekly shared some more highlights from their conversation with the queen of maternity fashion. The “Diamonds” singer said that at first she thought it might be cliché to start a new baby line, but then changed her mind when she started shopping for her little one and realized that she might have to create the kind of clothes she wants her baby to wear. (Remember, this is the woman who had a rave-themed baby shower with custom-made t-shirts to boot. Basic baby onesies clearly won’t make the cut for this pop star’s kid.) “While Rihanna and A$AP Rocky are known for being *fashion killas,* will their little one follow in their famous footsteps with Fenty Baby!?” ET captioned the post.

In her former life (before Rihanna was probably waking every few hours to feed a crying baby), the Barbadian icon used to be a bonafide night owl whose head didn’t hit the pillow until she plowed through some late-night streaming. “Even when I get home early, which means before 1 a.m., I start binge-watching shows or documentaries, which I love. I can’t go straight to bed. As a matter of fact, I only sleep three or four hours a night,” the pop singer told Vogue France in an article translated by WWD.

Who would have thought that being an international superstar would actually be great practice for the sleeplessness of new mom life.