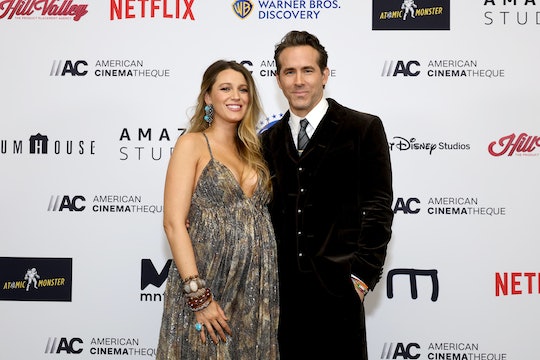 His nesting instincts haven’t quite kicked in yet.

Ryan Reynolds and Blake Lively are getting ready to welcome their fourth child together. Or at least, Ryan Reynolds is sort of getting ready. As in, he is aware that there is a fourth child on their way and is excited about it. But other than that, he hasn’t done much. Because this is what life looks like by the time you have your fourth child, according to the Spirited actor. By this point he’s just sort of ready all the time.

Reynolds sat down for a chat on The Kelly Clarkson Show with Octavia Spencer and Will Ferrell to talk about his upcoming role as a dad of four. He and Lively are already parents to three daughters, 7-year-old James, 6-year-old Inez, and 3-year-old Betty, and Reynolds had an interesting response when asked how he was preparing for the new baby by Spirited co-star Sunita Mani.

“The first one, everything's like perfect and you set everything up, everything's sterilized. By the fourth, you're just like, oh, right this is happening,” he admitted, his only real thought was, “I should sweep or something.”

While he admitted that, in his case, “not as much preparation has happened,” Reynolds was quick to point out that he “shouldn't speak for my wife because she's in it to win it right now. She's ready.” And just because he’s not terribly prepared doesn’t mean he isn’t enthusiastic about the new baby. “We're very excited though,” he told the audience.

Reynolds and Lively aren’t the only ones to be excited about the new baby. He recently told Entertainment Tonight that his three daughters are pretty happy about their new little sibling as well. “They're in. They love it. They're ready,” he said, also noting that he would “have to be a moron to do this four times if you didn't like it. It's gonna be nuts, but we're very excited.”

Lively herself delivered an emotional speech about her husband’s commitment to his life as a husband and father when he was given the American Cinematheque Award in Los Angeles, telling the crowd that she and his children have become the Canadian actor’s “home” since becoming a family. “And now I am his home, and our girls are his home,” she said. “He races home, whether it's from across the globe or a meeting across the street, he is hard-wired to get home. If he came home from set not in his wardrobe, we would be very concerned.”

Soon enough, Reynolds will have even more reason to race home. To sweep up in time for the new baby.