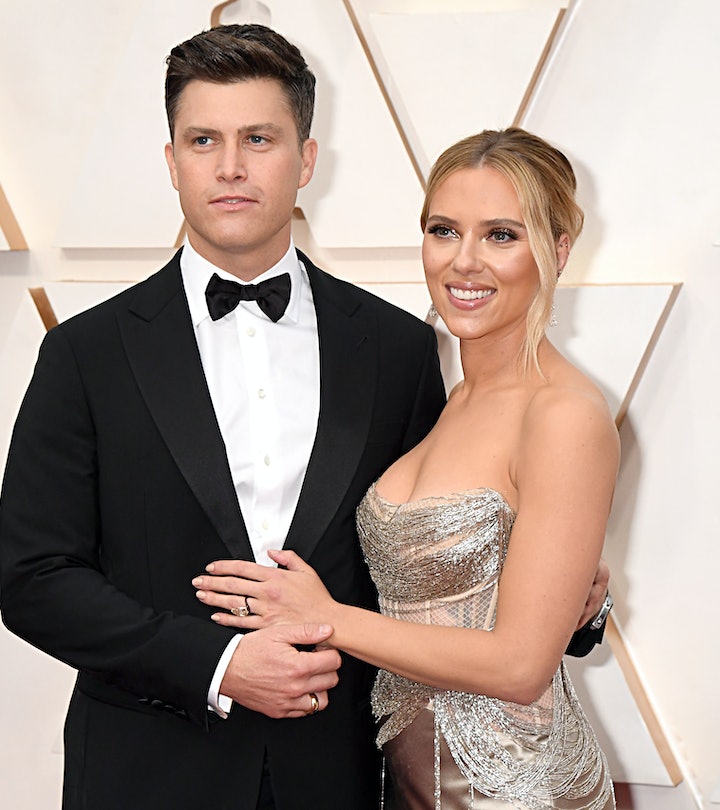 He’s definitely going to be the funniest kid in his class.

Shortly after it was reported that they were expecting their first child together, it was announced that Black Widow star Scarlett Johansson and husband, Colin Jost welcomed their first child, a son, together.

Jost took to his Instagram account on Wednesday where he shared the big news — his wife did, indeed, give birth to a baby boy. “OK, OK, we had a baby,” the Saturday Night Live star wrote on his Instagram post. “His name is Cosmo. We love him very much.” Jost asked fans for their privacy, noting that any questions about the baby can be diverted to his “Weekend Update” co-anchor, Michael Che.

This announcement comes days after Jost confirmed during a stand up show that he and Johansson were expecting a child. “We’re having a baby, it’s exciting,” he said, according to Page Six. The magazine had previously reported in July that the couple were expecting their first child but were keeping it “very quiet” and maintaining a low profile throughout the pregnancy.

Jost even noted that he couldn’t believe that they were able to keep it a secret for as long as he did. “#wegotawaywithitforalongtime,” he wrote in the caption of the post. There are still a few things that are a secret. It’s unclear when Johansson gave birth or how she is feeling about the birth. But, Johansson does have just some experience with being a mom. She is already the mom to a 6-year-old daughter named Rose with ex-husband, Romain Dauriac.

Johansson, who has been married to Jost since Oct. 2020, had previously expressed her desires to expand her family. “The idea of building a family, making a family and having that work, I like that idea,” she told Vanity Fair in Nov. 2019. “I think that would be wonderful. I’ve always wanted that. I wanted that in my marriage to my daughter’s father as well. It just wasn’t the right person.”

It seems like Johansson certainly found that with Jost and the birth of their son. And since their son’s name, Cosmo, has Greek origin meaning “order and beauty,” according to NameBerry. Perhaps Cosmo has already brought some order and beauty into their lives already.