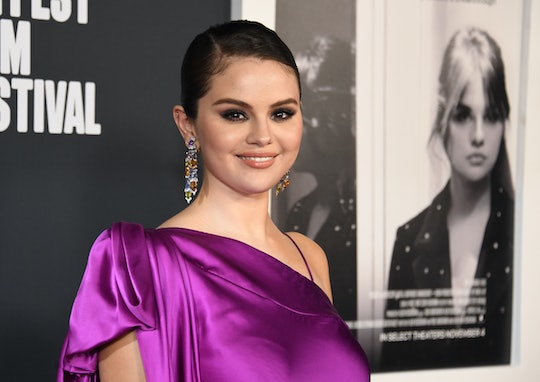 “However I'm meant to have them, I will.”

Selena Gomez is inspiring others to be open about their mental health and the unique obstacles that can come with it. For Gomez, she opened up in a recent interview about her aspirations to become a mother and how she may not be able to carry children due to the medications she’s on for bipolar disorder.

“That’s a very big, big, present thing in my life,” Gomez, 30, shared in a recent interview with Rolling Stone, referring to a friend of hers who was trying to get pregnant and her realization that she not be able to achieve the same goal due to two medications she is on to manage her bipolar disorder symptoms.

While Gomez did not specify what medications she was taking, the National Library of Medicine explains there are risks to taking mood stabilizers and antipsychotic drugs, commonly prescribed for bipolar treatment, during pregnancy, including “congenital malformations, adverse neonatal events, obstetrical complications, and adverse effects on neurodevelopment in offspring.” Certain medications prescribed to treat bipolar disorder symptoms, such as valproate, can increase the risk of birth defects.

It is possible to manage bipolar disorder during pregnancy, and every person’s situation is unique and should be assessed with their health care provider, but Gomez told Rolling Stone she doesn’t plan to stop taking her medications to become pregnant and will start a family of her own however she is “meant” to. “However I’m meant to have them, I will,” she told the magazine.

The “Calm Down” singer has been extremely open about her mental health in recent years. For instance, in the Bright Minded Instagram series with Miley Cyrus, she shared that she started receiving treatment as early as 2014. And speaking to Rolling Stone, she opened up about an episode of psychosis in 2018 that ultimately led to her diagnosis with bipolar disorder. “I think when I started hitting my early twenties is when it started to get really dark,” she explained to Rolling Stone about her symptoms, “when I started to feel like I was not in control of what I was feeling, whether that was really great or really bad.”

“It was just that I was gone. There was no part of me that was there anymore,” she told the magazine, adding that she found a psychiatrist who realized she was overmedicated. “But I had to detox, essentially, from the medications I was on. I had to learn how to remember certain words. I would forget where I was when we were talking. It took a lot of hard work for me to (a) accept that I was bipolar, but (b) learn how to deal with it because it wasn’t going to go away.”

While Gomez said on Instagram that “sharing my story has not been easy,” her candidness has surely helped others feel less alone on their own journeys. And Gomez is set to get even more transparent about her ups and downs with mental health in the new documentary, Selena Gomez: My Mind and Me, available now on Apple TV+.