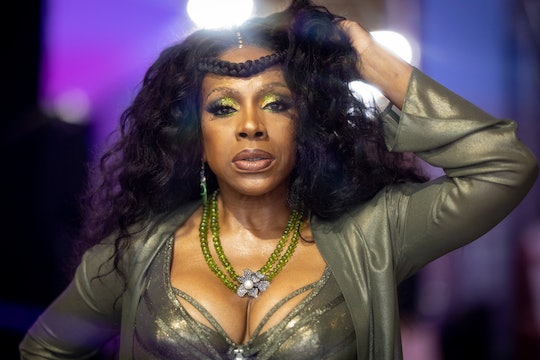 “This is something on a different level.”

The skills of Sheryl Lee Ralph also extend to the runway. The Abbott Elementary star showed off her savage fashionista style in Rihanna's Savage X Fenty Show Vol 4. Ralph was one of Rihanna’s lingerie models during her annual fashion show and absolutely stunned on the runway.

The 65-year-old Emmy-winning actress was fierce in an olive green, corset-style bodice and skin-tight pants. Her hair flowed loosely with a braided crown, complete with a sultry, smoky-eye look. Ralph revealed the Fenty boss herself personally called and invited her to appear in her fashion show.

“To hear that you have been requested by her and trust me this is no Victoria's Secret fashion show baby,” she shared during an appearance on a recent episode of Live with Kelly and Ryan. “This is something on a different level. When I saw the choreography when I saw her vision, and what it was she had walking through the mountains and all I was like, ‘well alrighty then yeah.’”

Photos from the production were released ahead of the show's premiere on Amazon Prime. Ralph also posted her promo for the show on her Instagram captioning it, “The DIVA has arrived!”

This year has turned out to be a monumental one for the Dreamgirl legend. Back in September, she won her first Emmy for Best Supporting Actress for her role in Abbott Elementary and received her flowers and praise from Dreamgirl alum, Beyoncé.

As far as being a part of the Savage X Fenty show, it has its perks as Ralph explained. “I got that new Fenty skin line,” she told Kelly Ripa and Ryan Seacrest. “And I have to say if you’ve experienced the new reset, her moisturizer, it is something very special.”