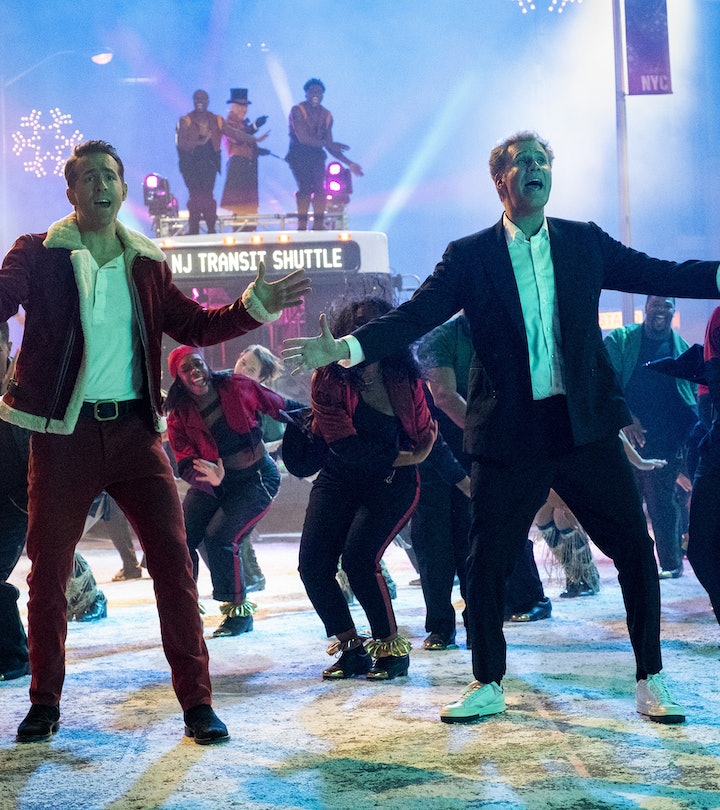 Spirited is a new take on A Christmas Carol.

It seems impossible that Will Ferrell would star in yet another Christmas classic, and yet here we are. Gifted with the trailer for Spirited, the new musical comedy coming to Apple TV+ starring Ferrell as the Ghost of Christmas Present. And who is he visiting who needs to be reminded of the Christmas spirit? None other than Ryan Reynolds, who apparently learns a thing or two about tap dancing along the way as well.

The new holiday movie delivers a new take on A Christmas Carol.

When Charles Dickens wrote A Christmas Carol back in 1843, I wonder if he had any clue as to how many times his story would be told and retold. There have been 135 versions of the tale of Ebenezer Scrooge, the miser who is visited by three Christmas spirits on Christmas Eve to give him the chance to change his ways and keep the holidays with generosity in his heart. And now there is a new musical comedy version coming our way because we just can’t seem to get enough of Scrooge.

Ryan Reynolds tap-dances with Will Ferrell.

The new trailer for Spirited opens with Ferrell and Reynolds doing a tap-dancing number in the streets of what looks to be Dickensian England. “Tap is new for me,” Reynolds explains, “it’s a very expressive medium.” In this world, however, A Christmas Carol actually exists. Because Ferrell starts to reminisce about his “first save” and it was Tiny Tim. Although he calls him, “Sweet kid, one crutch. Little Larry. Micro Mike. Super Small Steve.” Basically anything but Tiny Tim.

A Christmas Carol from the ghosts’ perspective.

The synopsis of Spirited from Apple TV+ reads, “Each Christmas Eve, the Ghost of Christmas Present (Will Ferrell) selects one dark soul to be reformed by a visit from three spirits. But this season, he picked the wrong Scrooge. Clint Briggs (Ryan Reynolds) turns the tables on his ghostly host until Present finds himself reexamining his own past, present and future. For the first time, 'A Christmas Carol' is told from the perspective of the ghosts in this hilarious musical twist on the classic Dickens tale.”

Octavia Spencer also stars as a Christmas ghost in this version, which features original music from Benj Paski and Justin Paul who wrote songs for La La Land.

Where can you watch Spirited?

Spirited will be available to stream exclusively on Apple TV+ on Nov. 18. You just know this is going to be a new Christmas classic. How could it not with Ryan Reynolds and Will Ferrell singing and dancing their sweet hearts out?

More Like This
Hey Fellas, 'Ted Lasso' Season 3 Is Coming Soon
Pixar’s 'Turning Red' Is Nominated For An Oscar — Here’s How To Watch It Right Now
Marcel The Shell Is Officially An Oscar-Nominated Movie Star
Watch An Exclusive Sneak Peek At 'The Amazing Maurice'
What Parents Are Talking About — Delivered Straight To Your Inbox