Teardrops on my guitar 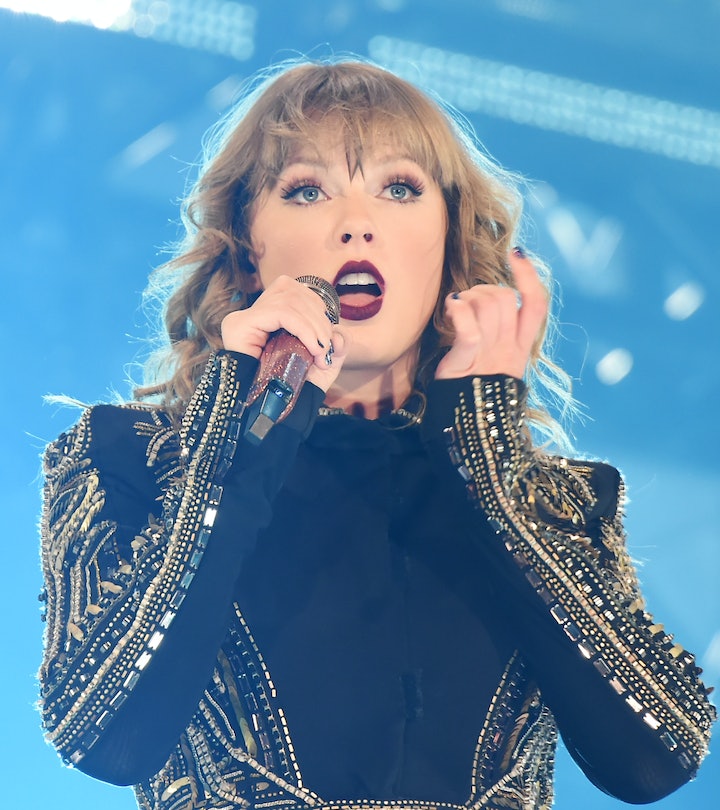 “I mean who needs college, right?”

So, I don’t know if you’ve heard about this musician named Taylor Swift? You’ve probably never heard of her... if you’ve been living under a rock on Mars for the past 15 years. Anyway, in case some of you Martians out there didn’t know, Taylor Swift concert tickets went on sale today and things have not gone super smoothly. Crashing websites, interminable virtual lines, and wonky pre-sale codes all have fans are up in arms. Moms especially are in shambles trying to get Taylor Swift concert tickets for their kids... and also for their “kids,” aka themselves and their friends.

Swift hasn’t been on tour since 2018, despite the fact that she’s released four new albums (and re-released two older ones) in that time. So when pre-sale tickets for Swift’s 2023 Eras Tour went on sale on Tuesday afternoon on Ticketmaster, fans were ready. Unfortunately, the same cannot be said of Ticketmaster: the site crashed 30 minutes before tickets went on sale. Another issue facing some would-be concertgoers lies in Verified Fan, a system put in place by Ticketmaster in 2017 to combat bots buying up large quantities of tickets and reselling them at ridiculous prices. Unfortunately, many fans are not able to get verified, even those with codes issued by Verified Fan are not being recognized through the system.

Swift’s self-titled debut album dropped in 2006, when she was still a teenager, and the hits haven’t stopped in the ensuing 16 years. As such, Swift boasts a fanbase that includes teenagers who weren’t even born when her career began and women who rocked a bump-it the first time the saw the musician live. Both groups (and many, many different varieties of Swifties in-between) are desperate to see the icon live. Social media is awash with moms trying their hardest to get tickets for one of the 52-show dates and finding varying degrees of success... mostly on the “not-at-all-successful” end of the spectrum.

Moms are desperate to be able to share a concert experience with their kids.

“If someone is selling 3 tickets to the 6/10 Taylor Swift date in Detroit PLEASE let me know,” tweets @moonstrologyy. “I want to take my daughter so badly and I tried so hard. I feel like [I] failed her.”

“Waking up at 5 am to buy #taylorswift tickets for my daughter ended in the site crashing and me being tired,” echoes @RobinFicklin. “#Ticketmaster let us down.”

“Why does Stub Hub say they have tickets for $630 for NRG [Stadium] in Houston?” laments @GardnerMasten. “I’ve been waiting online for my daughter for 1 1/2 hours and paused at over 2k. I thought code for fans was to keep resellers from getting tickets????”

“All I wanted was to give my daughter Taylor Swift tickets for her birthday. I’ve waited 7 hours. Got to the end, went to pick seats and got kicked out. All for nothing. this was the worst experience,” says @x_spookshowbaby.

But not all moms are motivated primarily by their deep maternal love and desire to provide their child with an unforgettable concert experience. Some moms are just dyed-in-the-wool Swifties themselves.

Debby Van Vranken, a mom of two boys in Connecticut, has been a Swift fan for years. She even took her oldest son to the Reputation Tour when he was 9 years old and had a great time. She’d hoped her younger son would want to accompany her to the Eras Tour. “I had planned to get two tickets and take him if he wanted, but if he didn’t, he didn’t,” she tells Romper. Yeah, kids are cool and all, but, at the end of the day, Van Vranken is the real fan here...

After securing a pre-sale code through Verified Fans, Van Vranken went on Ticketmaster, which had crashed. After hours on a paused queue, she wound up not getting tickets when it was her turn. The only remaining, affordable seats were “nosebleed” and she didn’t think it was worth it. Fortunately, she has a collection of shoulders to cry on before she tries again. “I’m in a Facebook group of Swifties and a lot of us are pissed because we do have kids and some of the parents are trying to get if FOR their kids and tweens.”

“Me vs the Taylor Swift army this morning to make sure my niece gets to go to her first concert,” jokes @ItsPaoloni.

Ella Leitner, a mom in New York City, and her 15-year-old daughter Sasha are both what she describes as Swift “super-fans.” Leitner was able to see just how much Swift meant to her daughter and her friends at Sasha’s pandemic-delayed bat mitzvah celebration.

“We made a video montage, and it was mostly Taylor songs. When they came on crowd went nuts!” she tells Romper. “For these 15-year-old girls this is really their coming-of-age moment. They didn’t get to see Taylor live on her last tour because they would’ve been too young. So we moms are now trying to capture the magic of children who are of concert-going age and getting back to normalcy after Covid.”

Leitner says Sasha clearly felt confident about her being able to score tickets when she went to school. But as the hours crept by, it was clear that their chances were getting bleaker. “Sasha texted me a picture of the resale prices she was seeing: $25,000 each ... I mean who needs college, right?”

Ticketmaster has responded to the glitches and overall chaos by pushing Capital One Cardholder Presale to Wednesday, Nov. 16 at 2 p.m. local venue time for all shows. Hopefully, fans — moms and their kids alike — will have the opportunity to try again. Until then, the struggle is real.

“My heartbreak now is just as powerful as Taylor’s 2009 heartbreak with John Mayer,” Leitner jokes.

We suggest doing what we always do in moments of emotional pain: listening to Taylor Swift songs on full blast.