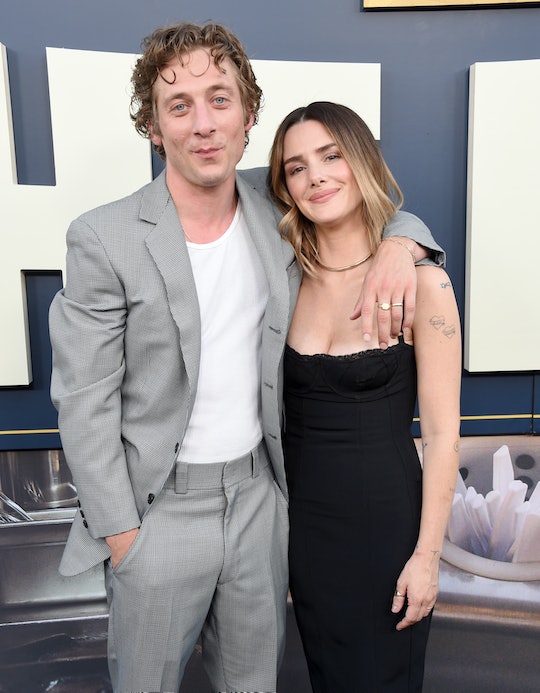 He says it’s “nothing fancy.” Sure.

Imagine a world where you had Carmy from The Bear as your private chef. This is the reality Jeremy Allen White’s two daughters are living in on a daily basis. Yes, the actor behind everyone’s internet-crush-of-the-moment, Carmy, is making his two little girls breakfast every day. And while he admits it’s “nothing terribly fancy,” I feel like his knife work would be so presentational that even the easiest of meals would be a big event.

White and his wife Addison Timlin, an actress, are raising their 4-year-old daughter Ezer and 1-year-old daughter Dolores together, and one thing we know for sure: he’s got breakfast on lock. “I cook breakfast every morning for my daughters, nothing terribly fancy,” the actor told People. He didn’t give any specifics about whether or not they were savory or sweet breakfast people, but he did say that his work on The Bear has really improved his IRL knife skills. "I had two months before we shot the pilot, and I was working really hard," he told the outlet. "I had a station set up in my hotel room, and every night I was trying to do 30 minutes to an hour of knife work before I'd go to bed."

All of this practice helped him become a better cook for his family since he favors making nice, hearty dishes, per People. “I did Christmas Eve dinner, I did Christmas Day dinner for me and my family — all big meals. I love a Sunday roast. I love something really hearty, almost wintry comfort food. I'll do short ribs, roasted vegetables, some kind of potato. That's what I like to make and what I like to eat.”

White’s character has become something of an obsession for fans of The Bear, not that either he or his wife have really noticed. "I don't have a lot of online presence," he told In Style. "I have Instagram. I don't have Twitter. I don't have any Google alerts set on anything or anybody, certainly not myself."

Instead, he is content to hang out at home, doing his private chef routine in the morning for his two daughters. His standard dinner? Ordering takeout with his wife after the kids go to bed, he told People.

If that relatable tidbit doesn’t justify his internet crush status, I don’t know what to tell you.