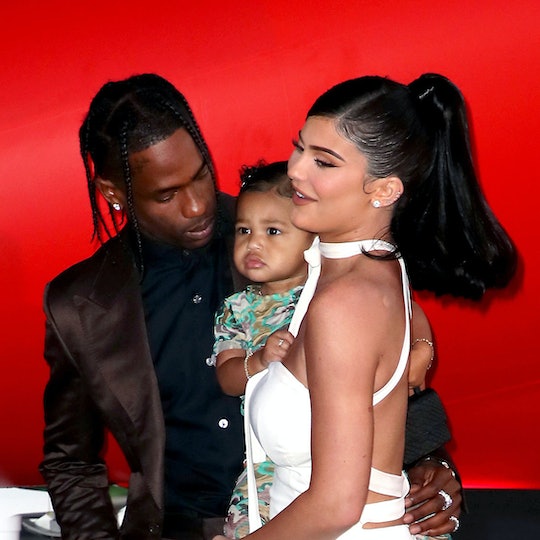 Travis Scott Surprised Stormi With A School Bus & She Loved It

Riding a school bus may not seem like a big deal to most kids, but when you’re a toddler who is used to riding in mini red Ferraris and Lamborghinis, it can be an experience worth trying. We tend to want what we don’t have, right? To satisfy their daughter’s curiosity about school buses, Travis Scott surprised his little girl Stormi Webster with — yep, you guessed it — a school bus!

“All Stormi has been talking about is riding a big yellow bus,” 24-year-old Kylie Jenner wrote on her Instagram Story, documenting their 3-year-old’s reaction on Tuesday. “Daddy surprised her.”

Jenner, who is reportedly pregnant with her and Scott’s second child, took pictures of Stormi in a Space Jam outfit trying to hug the bus and another walking down the empty aisle. Unfortunately, there weren’t any other kids on the bus for her to get a true experience of the “wheels on the bus,” as one viewer jokingly observed. “Now why they didn’t rent some kids,” Crayon Case CEO, Wuzzam Supa jokingly commented.

“Now they knew she wanted to ride the bus with other kids,” another commented with a laughing emoji, “daddies don’t be knowing. He just got that baby a bus.”

Of course, all the jokes also came with some criticism. Some found the gift to be in poor taste, like one woman who tweeted, “rich people are literally so far from reality they bought a school bus for stormi to sit on.”

Despite the naysayers, it seems like Stormi really enjoyed the experience. Even if the 3-year-old is already working on a secret brand with her mom and has her office space at Kylie Cosmetics, who knows, she could be taking a bus to school one day!