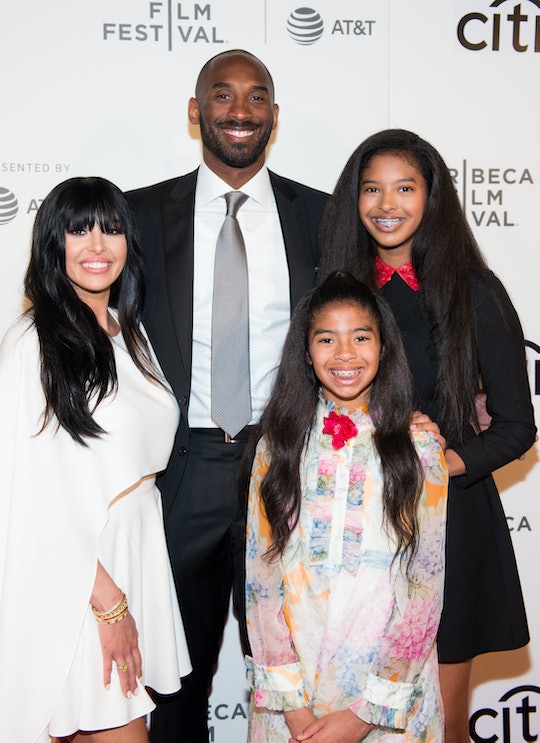 Vanessa Bryant's Post Of "Daddy's Twin" Will Break Your Heart

Capri was just months old when she lost her dad.

He died before little Capri even reached her first birthday, but Vanessa Bryant’s photo of “daddy’s twin” daughter is solid proof that Kobe Bryant lives on through his little girl. It’s heartbreaking to think she will grow up without him, of course, but hopefully a comfort to her family to know he will carry on through his daughters.

The NBA player and his 13-year-old daughter Gianna “Gigi” Bryant died along with seven other people in a helicopter crash last January, leaving behind his wife Vanessa and the couple’s three other daughters, 18-year-old Natalia, 4-year-old Bianka, and little Capri, who was just seven months old at the time. The 41-year-old father was well known as a proud “girl dad” before his untimely death, even telling ESPN’s Elle Duncan when she was pregnant that he would have had “five more daughters” if it could have worked out.

So it is especially poignant to see a photo of his 21-month-old daughter Capri in her mom’s Instagram post on Wednesday, gazing off into the distance with a particular stare that apparently looked familiar to Bryant. According to her Instagram post, “It’s the KOBE stare for me~Capri Kobe Daddy and Gigi’s twin,” and the photo is all the more beautiful for the comparison.

Little Capri doesn’t just look like her dad, she is also his namesake. As Bryant explained in an Instagram post last June to honor her baby girl’s birthday, per People, “Happy 1st Birthday Capri! Mommy, Daddy, Nani, Gigi and BB love you SO much!!! God Bless you sweet princess. Capri Kobe Bryant a.k.a. 'Koko-Bean' named after her dearly missed daddy, Kobe Bean Bryant."

Vanessa Bryant has been watching Capri go up over the past year without her husband. Dilligently posting special, sweet moments with her daughters like when Capri wore her mom’s sneakers recently. Documenting the life of her family, all while they grieved the loss of Kobe and Gigi Bryant together.

Capri’s sweet face is a bright light in a difficult time for the Bryant family. Especially for her mom.