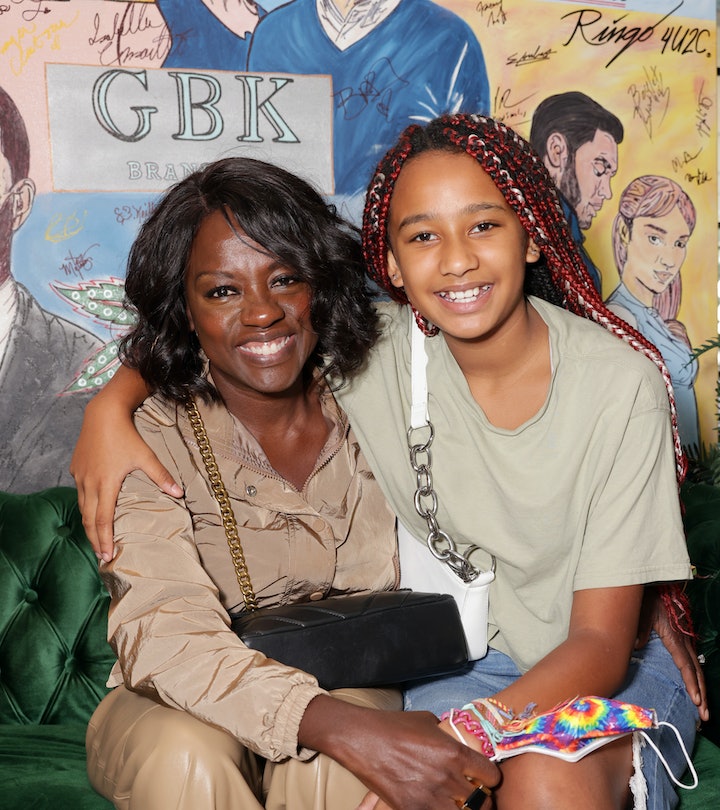 Viola Davis' Daughter Genesis Is The Light Of Her Life

“I always tell Genesis she was born from my heart, not my belly."

Viola Davis has a lot to be proud of in her life. As an actress, she has changed the narrative as the first Black woman to win an Oscar, Emmy, and Tony award. But for Davis, her greatest achievement will always be motherhood. The 55-year-old superstar is the mother of Genesis Tennon, who herself sounds like one cute firecracker, so let’s get to know her.

Davis and her husband, Julius Tennon, adopted Genesis in 2011, and the actress has the sweetest way of explaining her story to her daughter. “I always tell Genesis she was born from my heart, not my belly,” she shared with InStyle in a 2017 interview. “There are so many ways to mother rather than to carry a child in your body. So many children need parents, and so many of us want to mother. Know that you will experience motherhood to the full extent.”

Davis is a protective mom to Genesis, but also a realist.

In an interview with The Breakfast Club while promoting her autography, Finding Me: A Memoir, Davis spoke about her daughter coming into her teenage years and liking boys. Davis confessed that the trauma she experienced as a child, including sexual abuse and incidents with her own father, who was abusive to her mother, has made her a little overprotective of Genesis. But she came to a realization.

“When you have a kid that you want to protect them and then the next thought is you can't,” she said in the April 29 interview. “I tell my daughter no one is going to love you like mama loves you not even the love of your life so as long as we get that out of the way.”

Genesis is a Harry Potter fan.

Genesis celebrated her 11th birthday with a Harry Potter-inspired cake. The Help actress, her husband, and her mother Mary Alice Davis celebrated the tween's special day at The Sugar Factory in Los Angeles.

“Can it get anymore perfect!?!?! ALL my loves....daughter, hubby and my mommy,” Davis captioned the family snapshot posted on her Instagram on July 19. "Happy 11th birthday G. Mama, Daddy and Grandma love you sooo much. You make my life. Love YOU!!!:

She loves the “Beyhive.”

Correction — she and her mother love the “Beyhive”! In fact, the pair modeled Beyoncé's Icy Park collection. The How to Get Away with Murder actress posed in a brown and red monogram sheer panel set from the Honey Drip collection. Genesis wore the signature pink cargo hoodie and sweatpants, with a matching beanie. Both had on matching face masks.

Genesis' love for the Black Is King queen goes way back. During a 2016 sit-down on The Ellen DeGeneres Show, Davis shared Genesis' reaction, who was 6 at the time, when she told her she could not attend Bey's Lemonade tour. “We said no, you cannot go to Beyoncé Genesis. She went, 'Noooooo, you don’t know what Lemonade means to me, Mommy. You don’t know what Beyonce means to my life.”

She models a bit.

Genesis was a cover model with her mom for W Magazine's Director Issue in March 2021. Genesis and Davis were the muses of actresses Regina King, who was the creative director. The shoot took place in West Adams, a historic neighborhood in Los Angeles known for its rich Black history.

She has the acting bug.

Like mother, like daughter, Genesis has the acting bug, which her mother confirmed in a 2013 interview with DeGeneres. In 2019, the 10-year-old made her first acting debut in the animated, The Angry Birds Movie 2, which also featured her dad as the voice of Vivi.

“Well, I would randomly be like, ‘Oh, I have to go to this event with my mom,’ and then I would pause and be like ‘Hold up, wait a second, it’s about me!’ And I got excited,” Genesis joked with Variety at the 2019 red carpet premiere. So far, that has been her only acting gig but with the mentorship of her A-list mom, we're sure more will follow.

She shops at Target.

Despite having an A-list parent, Genesis is not your typical A-list kid. As a matter of fact, you may catch a glimpse of her Academy-award-winning mother shopping at Target for her. “I never had a house; Genesis has a house. I do shop at Target, I buy all her clothes at Target or H&M,” Davis told People about how she shops for her daughter in 2017. “And maybe, if I’m feeling really good, Nordstrom Rack.”

The Ma Rainey actress told the publication that her number one fear with Genesis is that she will grow up feeling entitled. With her husband, both parents make sure they are instilling humble values in their daughter. Things such as Genesis' recent Christmas list requests are used as life teaching tools.

As far as overall parenting, Davis told The Today Show she is "the softie", while her husband holds Genesis "accountable for everything." But one thing Davis is not soft on is reassuring her daughter on self-love and worth; she encourages Genesis to embrace her role models, but look like herself while doing it. “I empower her to understand that she has to count it all as joy. Even her mistakes, her failures, her triumphs, what she looks like, all of it,” she told People in a 2019 interview. “That’s all a part of her loving herself, even if none of those things change.”

This article was originally published on Aug. 11, 2021