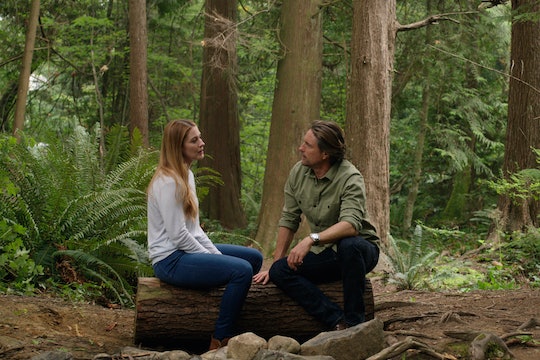 Mel and Jack’s future will finally be revealed!

Netflix’s romantic, dramatic, and cozy hit series Virgin River has been renewed for a fourth and fifth season. And that means fans are finally going to see what happens between nurse-from-the-big-city Mel and Jack, the hunky bar owner and former U.S. Marine who has everyone smitten.

After Season 3 ended in a massive cliffhanger, Virgin River fans are understandably itching for more. The official Season 4 trailer dropped on July 8, so fans can get a little glimpse of the upcoming storyline! Here’s everything we know so far. Be warned, however, this article contains spoilers if you aren’t caught up on the show.

When will Virgin River Season 4 premiere?

Netflix announced Virgin River Season 4 will premiere on Wednesday, July 20, with 12 episodes available to stream. And Deadline reports that production for Season 5 is already underway!

The Season 4 trailer is here!

Netflix released the Virgin River Season 4 trailer on July 8, and it is so good. In the trailer (spoiler alert!), Jack and Mel are deciding if they want to find out the paternity of Mel’s baby, with Jack saying, “I can’t do that right now. If we find out that Mark’s the father, it could change how I feel about our baby.”

Check out more juicy tidbits from the Season 4 trailer here.

There will be more Jack and Mel moments in Season 4.

The series, based on the bestselling book series by Robyn Carr, is not short of dramatic moments between the show’s main characters, Jack, played by Martin Henderson, and Mel, played by Alexandra Breckenridge. In Season 3 alone, there was a funeral, a divorce, natural disasters, and that super shocking cliffhanger. So fans can surely expect more drama in Season 4.

According to Deadline, there will be plenty of ups, downs, and more romantic moments between Jack and Mel. With Season 3 ending with that massive cliffhanger surrounding the paternity of Mel’s baby, Season 4 will explore the characters’ reactions to the news.

“Because it was at the end of the episode and the season, we didn’t really get the chance for the characters to explore what that information will do to them,” Henderson told TVLine in July. “We’ll save that for a potential Season 4, but it’s a very effective cliffhanger.”

And rest assured, you will get answers. Virgin River’s show runner, Sue Tenney, told TVLine that viewers will know who the father of Mel’s baby is by the end of Season 4.

Alexandra Breckenridge shared a behind-the-scenes look at her “bump.”

It’s clear that Mel’s pregnancy (flashbacks and/or current, can’t say for sure right now!) will be a major storyline in Season 4. Back in July, Breckenridge shared a behind-the-scenes video on her Instagram of what her fake pregnant belly looks like under her clothes. “This is what’s going on behind the scenes. This an eight month pregnant belly. I just had on a six month pregnant belly before that for another episode.”

Other characters will return in the new season.

But don’t worry, you will get answers about those other massive cliffhangers, too. Virgin River’s youngest couple, Ricky and Lizzie will come to a crossroads in Season 4, deciding between their romance or their lives. “Ricky and Lizzie are growing and maturing at different rates, but we hope they’ll get to the same place at a certain point,” Tenney told TVLine. “And that’s the best way to describe that relationship — it’s the timing thing we go through.”

You’ll also learn about Doc’s secret past, if Brady is guilty of shooting Jack, and the fate of Hope after her car accident. In fact, most of Hope’s journey in Season 4 will focus on Hope’s life after the car accident, according to Entertainment Weekly, and all of the changes that will bring into her life. Sounds juicy!

But don’t worry, it certainly seems like all of the major characters, including John, Charmaine, and Brie, among others, will return.

Although your favorites will be returning (thank goodness), you can expect to see some brand new faces, too. Actor Mark Ghanimé will play Dr. Cameron Hayek, who will be the clinic’s “dashing new physician,” according to Deadline, who comes equipped with some eye catching good looks and intellect that will have all of the ladies in Virgin River swooning. According to Virgin River’s Instagram account, he already knows how to bust a move, which is sure to win over the women.

And you will learn more about Doc’s family in this new season, too. Actor Kai Bradbury, who made his appearance as Doc’s long-lost grandson, Denny, during the Season 3 finale, is coming to Virgin River in this new season to reconnect with Doc. But, much to everyone’s surprise, Denny is harboring a dark secret. “What’s going on everyone, it’s my first day on Season 4 of Virgin River, and I’m looking for Doc,” Bradbury said in a video posted from the set of the show.

Season 4 will have 12 episodes.

Yes, that’s right, you will have two extra episodes of Virgin River to watch when the new season premieres. Ben Hollingsworth, who plays Brady, and Colin Lawrence, who plays John “Preacher” Middleton, made the big announcement in a video posted to Instagram in September. “I didn’t say 10,” Lawrence said in the video. “That means you might need to split it up into two days this time, guys,” Hollingsworth joked. This is a change from the first three seasons, which all have 10 episodes each.

You can watch the first three seasons on Netflix.

In the meantime, while you wait for Season 4 to premiere, you can rewatch every single episode of Virgin River on Netflix right now.

The hit show, about a nurse practitioner who moves to a small Northern California town and falls for a local bar owner, is so beloved for a reason. It’s the kind of show that gives you all of the cozy feels and makes you want to move to a small town in the wilderness ASAP. If only we could all be in Mel’s shoes.

This article was originally published on Sep. 22, 2021