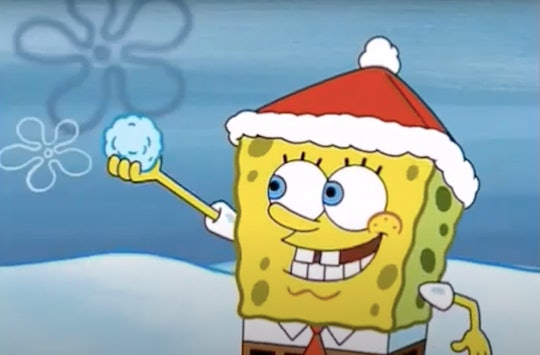 Who lives in a pineapple under the sea?

It’s Christmas time in Bikini Bottom! SpongeBob, Patrick, Squidward, Gary, Mr. Krab, and the rest of the Bikini gang are celebrating the holidays from the bottom of the Pacific Ocean. Below is a complete list of Spongebob Squarepants’ Christmas episodes and how you can watch them.

SpongeBob Squarepants Has A Bunch Of Christmas Episodes

SpongeBob Squarepants first premiered in 1999 and has been on TV for 13 seasons. While the show has done plenty of holiday-themed episodes, these are perhaps the best of all.

Seasons 1-12, totaling 257 episodes, are streaming now on Paramount+. Subscriptions start at $9.99 a month, including a 30-day trial and a Showtime subscription. Episodes are also available on Nickelodeon and Amazon Prime.

Don’t forget to “drop on the deck and flop like a fish!” to the SpongeBob Squarepants Christmas theme song.

More Like This
11 Great Movies About Dads & Daughters To Watch On Father's Day
Viral TikTok Breaks Down How Beautifully Bluey Depicts One Character’s Infertility
The Summer I Turned Pretty Is A Beautiful Coming-Of-Age Story For Teens & Parents
Exclusive: 'Bluey' Celebrates Father's Day With A Look At Bandit's Best Moments