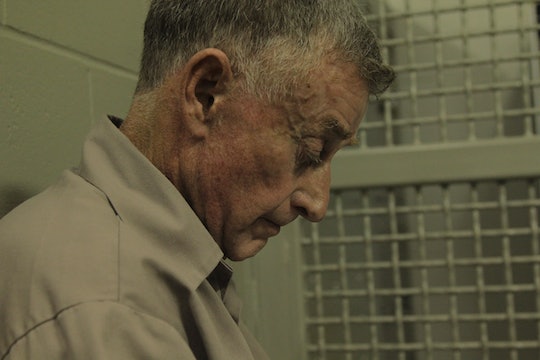 Michael Peterson Was A Published Author Long Before The Staircase

And the novelist has continued writing after the Netflix docuseries.

Before the death of his wife, Kathleen Peterson, in 2001, Michael Peterson was a published author and local columnist. And long before any of that, he’d fought in the Vietnam War, using his experiences as inspiration for a handful of books he’s written over the years.

Michael Peterson Was The Subject of Netflix’s The Staircase

The novelist and subject of the 2018 Netflix docuseries The Staircase has been making headlines for years in more ways than one. For those who don't remember or are uninformed about the media-driven case of the early 2000s, Peterson was accused and charged with the murder of his wife after he called 911 to report finding her in a pool of her own blood at the bottom of the stairs inside their home.

The trial that followed was heavily reported on and although he still maintains his innocence throughout the entirety of the case (and to this day), Peterson was found guilty of murder. In 2011, he was released from prison, according to The News & Observer, after pleading guilty to manslaughter. In 2017, after spending years trying to get the charges dropped, Peterson entered in an Alford plea to recognize the evidence against him while still maintaining his innocence in the crime. (Romper reached out to Michael Peterson's representatives and Netflix for additional statements.)

His Books Before The Staircase

As a novelist in the '90s, Peterson wrote and published three books. His first book, A Time of War, was published in 1990 and tells the story of both American and Vietnamese soldiers during the Vietnam War. Peterson’s second novel, A Bitter Peace, was written in 1996 and is once again about the Vietnam War, only this time there are also CIA agents and lots of politics involved. In 1998, Peterson co-wrote Charlie Two Shoes and the Marines of Love Company with David Perlmutt. In a semi-biographical novel, the two writers tell the story of a Chinese boy during after World War II, who befriended some of the U.S. Marines who were stationed in China at the time.

It’s unclear just how much exposure Peterson got as a novelist, but his final book is still apparently a treasured read among some. In 1999, Charlie Two Shoes himself, or Tsui Chi Hsii, spoke to the WRAL News, local to where Peterson lives in Durham, North Carolina, and talked about the real-life story that inspired the book Peterson helped write. "All these guys... We survived the war together and we lived through a lot of disastrous situations," Hsii said of his time as a child with the U.S. Marines. "But we all survived well with the bless of God."

His Books After The Staircase

Peterson published another new book, Atman: A Novel About Evil, in 2020 about a small town in Germany where horrifying events occur, but no one is sure who to blame.

While he is a longtime fiction writer, Peterson tried his hand at non-fiction in 2019, publishing Beyond The Staircase, a memoir recalling everything that has happened since Peterson’s release from prison. The memoir has 4.5 stars on Amazon and is more than 400 pages long. You can also download another memoir, Behind The Staircase, on Peterson’s website for free.

Aside from his previous work as a novelist, Peterson also wrote as a freelancer columnist for the local Durham Herald-Sun newspaper. His writing included political commentary and sometimes criticisms of local government. Peterson also publishes his short stories and blog posts on his personal website, Behind The Staircase.

More Like This
'Caillou' Is Officially Getting A CGI Reboot Whether People Like It Or Not
Viral TikTok Breaks Down How Beautifully Bluey Depicts One Character’s Infertility
The Summer I Turned Pretty Is A Beautiful Coming-Of-Age Story For Teens & Parents
Who Is Eleven's Mom On Stranger Things? Here’s What We Know...

This article was originally published on June 7, 2018