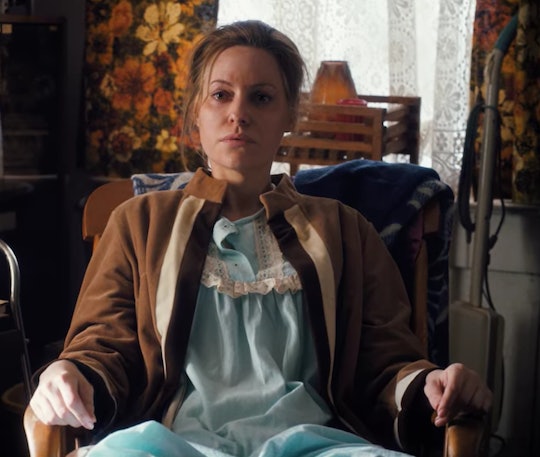 Who Is Eleven's Mom On Stranger Things? Here’s What We Know...

Her backstory is strange indeed...

We’ve reached the half-way point of the last season of Stranger Things and it seems so much has happened since it first premiered in 2016. The characters have grown, literally and figuratively, before our eyes as they’ve uncovered the secrets of The Upside-Down and unraveled government conspiracies. But there are still some questions about Eleven’s origins. Who is Eleven’s mother? We’ve been given some information over the years. Here’s what we know.

*Stranger Things spoilers for all seasons ahead!*

Her name is Terry Ives

What we know from Terry’s early years comes from her sister, Becky, and also from the Stranger Things novel, Suspicious Minds. Terry’s father encouraged her to be an independent thinker, which lead her to become interested in conspiracy theories. After her parents death, Terry two took part in Project MKUltra a (very real) government initiative best known for its dangerous mind control experiments and dosing subjects with dangerous levels of illicit drugs. In the Stranger Things universe, these experiments were conducted by none other than Dr. Martin “Papa” Brenner at Hawkins National Laboratory.

Introduced by a mutual friend, Andrew and Terry hit it off well. After Andrew was arrested at a Vietnam protest, however, he was expelled from college and, no longer protected by student status, drafted. He died overseas before learning that Terry was pregnant with Jane aka Eleven.

After going into early labor, Terry was told she miscarried

Terry went into dramatic, bloody early labor in 1971. Before going under for an emergency c-section, she saw Dr. Brenner’s face. When she came to, Becky informed her she miscarried, but Terry knew the truth: Brenner had taken Jane away, but she couldn’t prove it. Years later, Terry attempted to free Jane from Hawkins International Laboratory. She armed herself, broke in, and shot Brenner, but was apprehended before she could rescue Jane. Her captors subjected her to high levels of electroshock, which put her in a state of almost complete mental unawareness.

Though Becky tells Eleven that Terry has been known to mutter other words, she usually sticks with “Breathe. Sunflower. Rainbow. Three to the right, four to the left. 450.” on loop.

While these words may seem meaningless, a connection in the psychic plain El is able to go into revealed that these words harken to Jane’s birth – “breathe” refers to Becky telling her to breathe when she went into labor; “sunflower” was what she saw when she awoke from surgery — and the day she tried to set Jane free — the Rainbow Room where Eleven was found, the combination to the safe that held the gun, and the level of electric shock she received in retaliation.

Not only do we learn in Season 2 that Terry is psychically gifted, but, as we see in the mid-season finale, it is the primal memory of her mother’s love for her that allows Eleven to find her own power and defeat Henry Creel aka Vecna at the Hawkins Lab.

We don’t know (yet) what lies in store for Terry Ives, but we kind of hope we see more of her before the series finale!