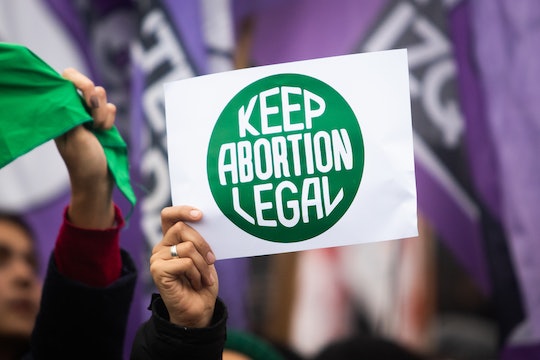 In the wake of the conservative-majority Supreme Court’s decision to overturn Roe v. Wade, the American Academy of Pediatrics (AAP) released a warning about the dangers of children being forced to give birth now that access to safe abortion care is no longer a federal constitutional right.

“Today’s Supreme Court decision to overturn Roe v. Wade means that the once Constitutionally protected right to access an abortion is no longer guaranteed nationwide,” the AAP shared in a statement on Friday. “This decision carries grave consequences for our adolescent patients, who already face many more barriers than adults in accessing comprehensive reproductive healthcare services and abortion care.”

The AAP went on to reaffirm its dedication to support “adolescents’ right to access comprehensive, evidence-based reproductive healthcare services, including abortion.”

“Today’s ruling means that in many places in the United States, this evidence-based care will be difficult or impossible to access, threatening the health and safety of our patients and jeopardizing the patient-physician relationship,” the statement continued.

Pregnant adolescents in states where abortion access has already been restricted could find themselves in jeopardy in a variety of ways as the overturning of Roe v. Wade puts trigger laws into effect. If there is a delay in their reproductive health care, pregnant teens could be exposed to health risks like low birth weight, preterm delivery, severe neonatal conditions and rapid repeat pregnancies, as the World Health Organization (WHO) explains. There are also social dangers for pregnant teens, who are at a higher risk of suffering violence from family members, struggle financially, or even turn to dangerous, unsafe abortions as a last result. Their options are already more limited than adults seeking abortions, as the AAP noted.

The fact that the AAP had to issue a reminder that children and teens should not be forced to give birth because of a ruling by the highest court in the land left many in shock. “Of all the devastating things I read yesterday, the one that will stick with me longest is the American Academy of Pediatrics having to release a statement about the grave consequences of forcing children to give birth,” wrote one person. Another expressed gratitude for the statement, “Thank you AAP! We need to protect our kids & this decision WILL affect children & teens. Abortion is healthcare! Get your laws off our bodies!”

As a reminder of what is truly at stake, a teacher took to Twitter to share a sobering story about a young student in her classroom: “I had a student who was pregnant and then a mother as a 6th grader. She had her second child as an 8th grader. It was heartbreaking.”

How exactly they will be able to support their patients, of course, is the real question. Here’s how we can all support abortion rights even as the government is taking them away.