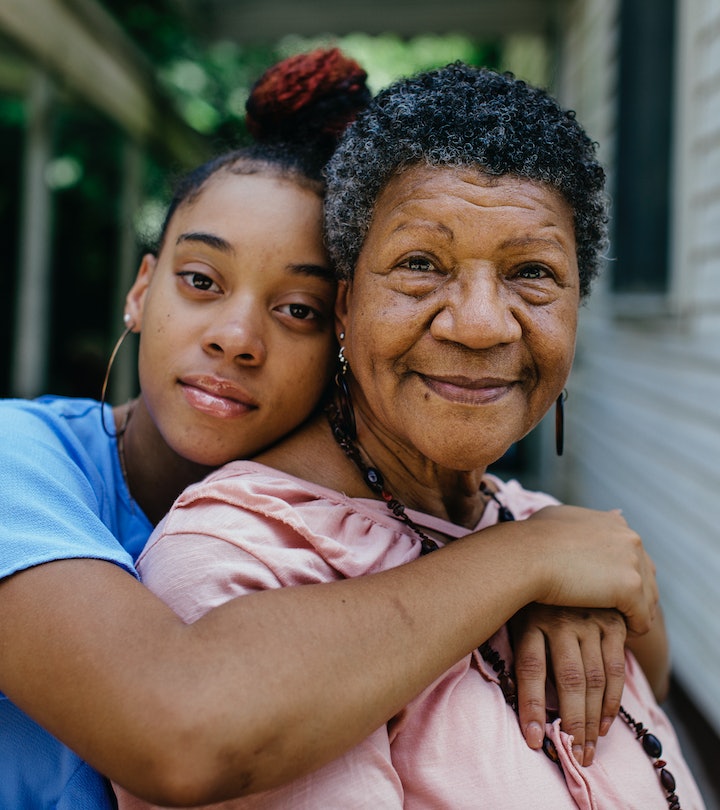 Can You Adopt An Adult? Why Some People Choose To

What to know about this little-known legal process.

Sometimes you’ll see a jokey comment on a social media post that shows a parent cooking elaborate food, organizing their beautiful home, or throwing an amazing birthday party: “Can you adopt me?” But, of course, most of us aren’t really looking to get taken into another family (though we might enjoy someone cooking us elaborate and aesthetically-pleasing meals every night.) But, what if you were actually were serious about the question of adult adoption. Can you adopt an adult?

Can you adopt an adult? If so, why would someone do this?

In most states, the answer is yes, an adult can adopt another adult. Adoptions of adults happen for reasons as varied as the reasons that people make any family decisions. Prior to gay marriage being legalized across the country, adult adoption was sometimes a legal mechanism that gay couples would use to ensure that they could inherit one another’s property. Thankfully, that’s no longer necessary, and gay couples can now enjoy all the rights that go along with being legally married, just like straight couples always could. But, adult adoptions can be an important tool for securing inheritance and just affirming the existence of a relationship that’s already there. The practice doesn’t fit into the common narrative about what adoption looks like, which typically includes a newborn being adopted into a two-parent family. Across the U.S., only a small fraction of adoptions actually look like that. While adult adoption isn’t common, we still need family connections and parents as adults, and in some situations, waiting until a child turns 18 can make the adoption process more streamlined and less expensive. We asked two experts to lay out both the how and why of adult adoption.

Can you legally adopt an adult?

The short answer is: It depends on whether your state law allows it. Your best move is to consult with an attorney in your particular state who works adoptions. While most states allow it, some don’t, and there’s no one answer for all the states in America. As addressed below, certain states may allow the practice with restrictions. You will almost certainly need an attorney if you go forward with the adoption, and many will do short consultations at no cost, so you can figure out your options.

What should you consider before adopting an adult?

Even though adopting someone who might be living on their own isn’t the same level of commitment as taking a child into your home, it’s still a big legal commitment. Sometimes, adult adoption is used for foster children who may have never found a strong adult connection during their time bouncing through care. “For the most part, kids who have aged out of the foster care system don’t know that adoption is still a possibility at that age,” Dawn Post, an attorney and expert on broken adoptions, tells Romper. Some are interested in joining a family, but others are just looking for an adult connection: “There’s a fear that these young people have that they have no one who cares about them, who remembers them,” Post explains. Having an adult connection is valuable, whether or not the relationship is legalized, but adding the legalization can add an extra layer of security for both parties.

Particularly for a young adult who has been through many losses or had promises broken, the last thing they need is someone who says they’re going to adopt them and then backs out, or who signs the papers but doesn’t show up like a parent really would. Basically, no matter the situation, you should treat adult adoption with the same serious consideration that you would give to any legal change you’d make in your family.

How to adopt an adult

Adult adoptions are a relatively streamlined process compared to child adoptions, explains Lisa Goldberg, an adoption attorney in New York. You don’t need to do a home study, which is required for all types of child adoptions, which saves time and money. Some courts may require fingerprints or background checks, but others do not. In New York, the only consent required is that of the adult adoptee and the adoptive parent. “Sometimes the process is very streamlined, and you could file and have it finalized with three months,” Goldberg explains. An adoption attorney can help you navigate the court process and figure out what paperwork and forms you need in your particular state.

Goldberg usually sees adult adoptions in the context of a stepparent adoption, where a stepparent has been raising a child as his or her own for many years and wants to formalize their relationship. “Typically, I get calls when it’s a stepparent, and he or she wants to have a legal relationship with their child who is now 18 or older,” she says. In some situations, she encourages people to wait until a teenager turns 18 in order to make the process easier. “Sometimes, people call me and they want to do a stepparent adoption and they have a teenager, but the other biological parent is not going to consent.” In those situations, Goldberg encourages them to wait until the child is 18, since it will be significantly easier and less costly if they don’t have to have an adversarial hearing with the other biological parent.

Adult adoption, once completed, can make many things possible for these families that wouldn’t be otherwise. “For some parents, it’s as simple as wanting to put their child on their health insurance. It also makes sure your child can inherit from you, rights of survivorship, social security — all of it,” she says. And, Goldberg adds, “it just makes people feel more comfortable that they’ve legalized and solidified a relationship that’s been in fact in place for many years.”

Are there any requirements for adult adoption?

Some states require only the consent of the proposed adoptee and the person being adopted, while others require the adoptive parent’s spouse (if they’re married) to also consent. Some other state law requirements include:

Consulting an attorney who is familiar with adoption law in your state is the best way to figure out what requirements will govern your adult adoption situation.

Are there any restrictions on adult adoption?

Plenty of states state that you can’t adopt, for instance, your own wife or husband, which seems pretty obvious.

Some states allow any adult to be adopted, but some states have restrictions on adult adoption. These include:

If you want to take this step, talk to an attorney and figure out your options. There’s no one way to make a family.