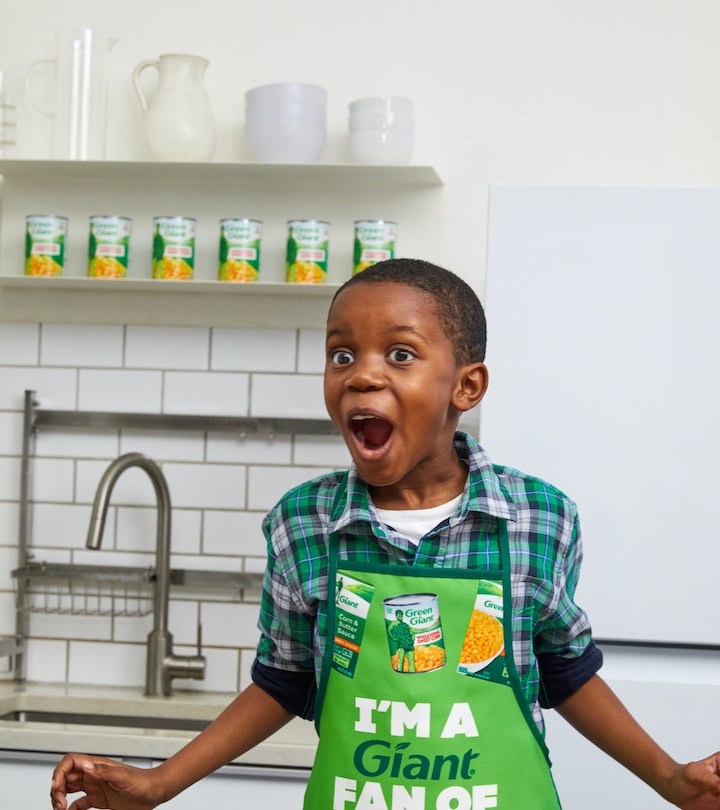 "Corn Kid" Handed Out Over 40,000 Cans Of Corn At A Food Bank Ahead Of Thanksgiving

Few people love corn as much as 7-year-old Tariq, better known as the “Corn Kid” who went viral in August for waxing poetic about his love of corn. Especially now that he knows that corn is real. So when Green Giant decided to kick up efforts to make corn the real centerpiece of Thanksgiving by donating corn and coming up with some cool new corn-based recipes, there was no one better to become the face of corn than the Corn Kid himself.

For those who missed the original viral video, Tariq was interviewed by comedian Julian Shapiro-Barnum as part of his Recess Therapy series where he chats with kids at New York City playgrounds. Tariq was eating corn on the cob with butter and was just really excited to talk about that experience. “Ever since I was told that corn was real, it tasted good,” he explained at the time, “but when I tried it with butter, everything changed!” He went on to call corn the most beautiful thing he imagined, and even came up with his own “pun about corn,” as he called it. “Have a corntastic day!” he said.

Now he’s making sure everyone has a corntastic day. He joined the Jolly Green Giant at City Harvest in his hometown of Brooklyn on Monday ahead of Thanksgiving to donate canned corn, more than 40,000 cans in total, according to a press release.

It was an exciting day for the young corn aficionado. “What is Thanksgiving without corn?” Tariq said in a statement. “Thanksgiving is practically a holiday about corn. I mean, every day could be a holiday if you get to eat corn at some point — but this is the one day that we get to stay home with family, watch a big parade, and then eat corn. Lots and lots of corn. It's my favorite day of the year!”

Not only did he donate canned corn, but Tariq helped out with some new kid-friendly canned corn recipes. Like Corn Kid’s corn casserole and Corn Kid’s corniest mac and cheese. And his partnership does not end there. Tariq will be representing Green Giant at the Macy’s Thanksgiving Day Parade on Thursday.

It looks like his dedication to corn is really paying off in a big way for him. And us.