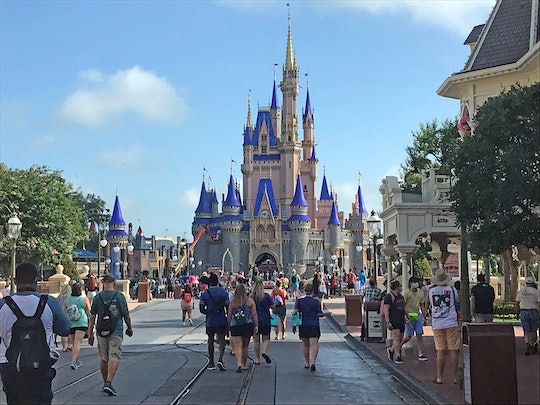 Disney World Tickets Are About To Get More Expensive

Visiting the Happiest Place on Earth is about to get more expensive. As some families find visiting Disney World unattainable due to the high prices, tickets are about to get even higher. And there will be park-specific changes that will affect guests hoping to visit in the very near future. Here’s everything you need to know.

This is the first price hike at Disney Parks in three years.

To be fair, Disney Parks has not raised the admission price to Walt Disney World since 2019. The pandemic forced the parks to close for a significant amount of time, and even when they re-opened it was much more restricted, with limitations on guest capacity and social distancing measures in place. After struggling to recoup the considerable amount of profit lost over the past three years, Disney Parks is making some changes to its pricing structure.

Base admission ticket prices will increase.

As it stands now, 1-day admission to any of Disney World's four theme parks begins at $109 for guests 10 years old and up. But with the new pricing starting on Dec. 8, when the resort implements its park-specific pricing on 1-day, 1-park tickets, ticket prices will range from $109 to $189, depending on the date and park. ClickOrlando reports the new price range for each park, depending on demand on the day, will look like this:

Magic Kingdom Park will be the most expensive to visit.

Starting on Dec. 8, Disney World will implement park-specific pricing for 1-day, 1-park tickets, which will make the Magic Kingdom, arguably the most beloved park within the resort, the most expensive to visit.

“Magic Kingdom Park will be priced at or above our other theme parks due to the incredible demand as it remains the most-visited theme park in the world,” Disney Parks told USA Today in a statement. The highest of these prices, which top out at $189 for one day at the Magic Kingdom, “is specifically for 9 days around the week of Christmas to New Year’s at Magic Kingdom — less than 1% of our 1-day, 1-park specific ticket options available in 2023,” the statement read.

After Dec. 8, Park Hopper and Park Hopper Plus prices will also vary by demand, and will rise for certain dates. The dates and prices were not yet shared by Disney.

Park reservations will automatically be made for you.

If you are booking a one-day, one-park ticket after Dec. 8, your park reservation will automatically be made for you for the particular park you chose. The reservation system started during the pandemic, and appears to be here to stay.

Things are changing at Disney World, and if you were hoping to get your tickets before the price change you might want to book before Dec. 8. Why not save some money if you can?