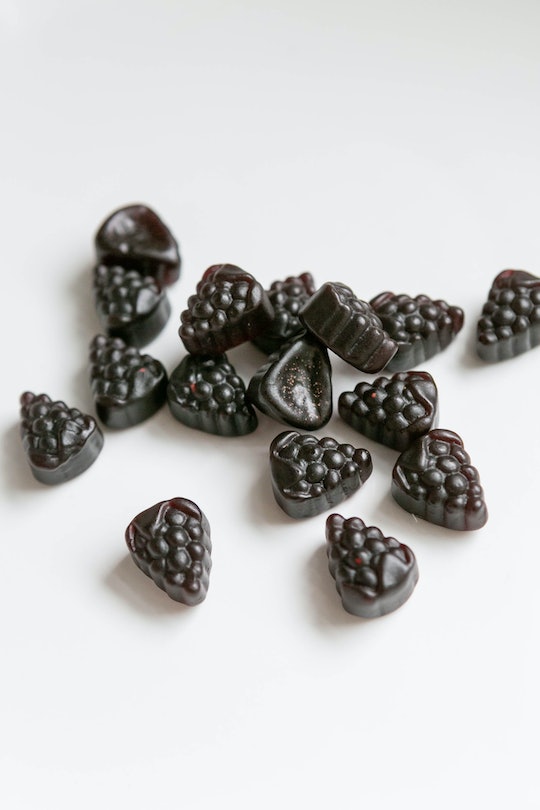 I think from October through the beginning of December, my family kept passing “the crud” around. Sore throats, coughs, runny noses, fevers, the works. That is, until we started taking elderberry. Literally everyone suggests it, but does elderberry syrup work for sick kids, or is it just a hippy placebo effect that the whole family started feeling better after taking it?

When we all got sick again for the fourth time in two months, I started giving my 19-month-old son half a teaspoon of the Zarbee’s Elderberry Syrup every night, as per the Pediatric Associates of Durango's recommended dosage. My husband and I started taking Sambucol tablets and the elderberry gummies at night, too. Our sickness definitely became less severe, went away quickly, and we haven’t gotten sick again since we started taking these supplements (knock on wood). I mean, everybody knows there's something to "old" remedies, and this one has been a "popular folk remedy for centuries in North America, Europe, Western Asia, and North Africa, hence the medicinal benefits of elderberries are being investigated and rediscovered," as per the Pediatric Associates of Durango's website.

And for good reason. Dr. Daniel Ganjian, pediatrician at Providence Saint John’s Health Center in Santa Monica, California, tells Romper, “Studies show that elderberry prevents the flu virus from replicating. Furthermore, it has a bunch of antioxidants that help support the immune system. I love elderberry syrup (specifically Sambucol) and take it myself and give it to my family.”

Alternately, Dr. Gina Posner, a board-certified pediatrician at MemorialCare Orange Coast Medical Center in Fountain Valley, California, tells Romper, “A small study showed that it had some benefit with fighting the flu (not colds). This was a small study and hasn’t been repeated, so take it with a grain of salt. In the study it said that it kept the flu virus from replicating.”

In addition to the study out of Syndey that Posner was referencing, I also found another study that was conducted in Israel, about the safety in taking elderberry syrup. And the study found that "symptoms were relieved on average four days earlier, and use of rescue medication was significantly less in those receiving elderberry extract compared with placebo." I know that's only two studies, but there is something there, I think.

As far as which potency is better — tablets, syrup, or the gummies — Ganjian says, “The syrup is more potent than the tablets and gummies, but don't give up on the latter because sometimes kids will only eat the gummies.”

Posner says, “I think it is all about the concentration and whether it really does contain elderberry, not just sugar or placebo. Because none of the supplements are really checked on by things like the FDA, you can’t really be sure what you are getting.”

So should we be taking elderberry all year round for its immunity-boosting benefits? Ganjian says that while it’s not necessary to take all year long, “have it around and take it when you are not feeling well or when you are around sick people (to help boost your immune system and prevent yourself from getting sick).”

But even though it could work best during flu season, elderberry syrup should absolutely not replace getting the flu shot, and both pediatricians definitely agreed on that. Ganjian says to please always get your flu shot and any other recommended vaccines.

“The flu shot is extremely important. If you want to supplement yourself or your kids in addition, go ahead, but the most important prevention for the flu is the flu vaccine," says Posner.

So as far as elderberry being a miracle drug, there have been some studies about its benefits, but the supplement (like most supplements) is not regulated by the FDA. Maybe just clear it with your pediatrician first, and then give it a try to see how it works. It helped our family, but be sure to use it along with other helpful germ-busting things like a flu shot and good hand-washing.

Zakay-Rones Z, Thom E, Wollan T, Wadstein J. (2004) Randomized study of the efficacy and safety of oral elderberry extract in the treatment of influenza A and B virus infections. https://www.ncbi.nlm.nih.gov/pubmed/15080016

More Like This
The Covid Vaccine For Kids Under 5 Has Been Sent To The FDA For Review
Should Parents Consider Delaying Covid Vaccines Until Closer To School Starting?
Way Too Many Parents Have Zero Plans to Talk About Sex With Their Kids
Tick's Head Gets Stuck Under Your Skin When You Were Pulling It Out?