Elf On The Shelf 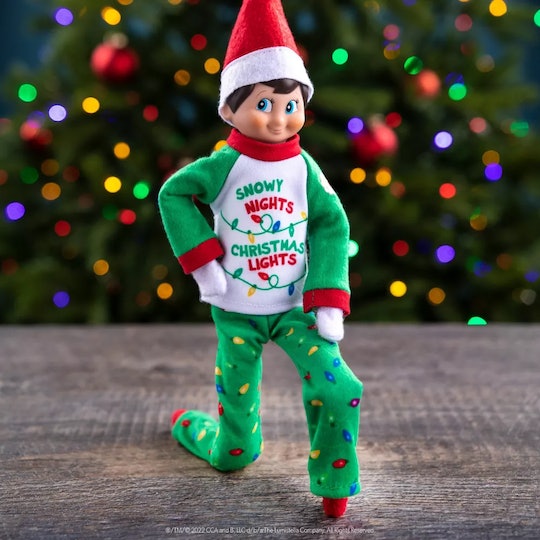 Your kids will be amazed by their elf’s new duds.

by Sarah Jaffe
November 14, 2022
We may receive a portion of sales if you purchase a product through a link in this article.

The original Elf on the Shelf, which debuted in 2005, came in very traditional “elf” clothes: A red pointy hat, a ruffled white color, and a red suit. Basically, the elf is dressed quite a bit like Santa himself. But since Elf On The Shelf has taken off as a worldwide Christmas tradition, everything about the elf has gotten a lot more creative. From adorable ways to roll out your Elf On The Shelf’s arrival (I’m partial to the scavenger hunt idea) to funny ways to pose your Elf On The Shelf for pictures, the elf has proven to be an inspiration for many clever people’s creativity to shine. But putting your elf in some dazzling Elf On The Shelf costumes takes it to a whole new level. Some of the costumes below even will make your elf stand up, which can’t hurt the illusion that they really are alive. Some of the costumes come in sets, so you’ll have enough clothes to change your elf every night when you move them all the way to Christmas. Whether you want to make your kids laugh with delight or coo over how dapper their elf looks, there are some great elf on a shelf costumes that will fit your family’s interests and budget.

These Elf On the Shelf costumes are sure to infuse your home with plenty of holiday cheer.