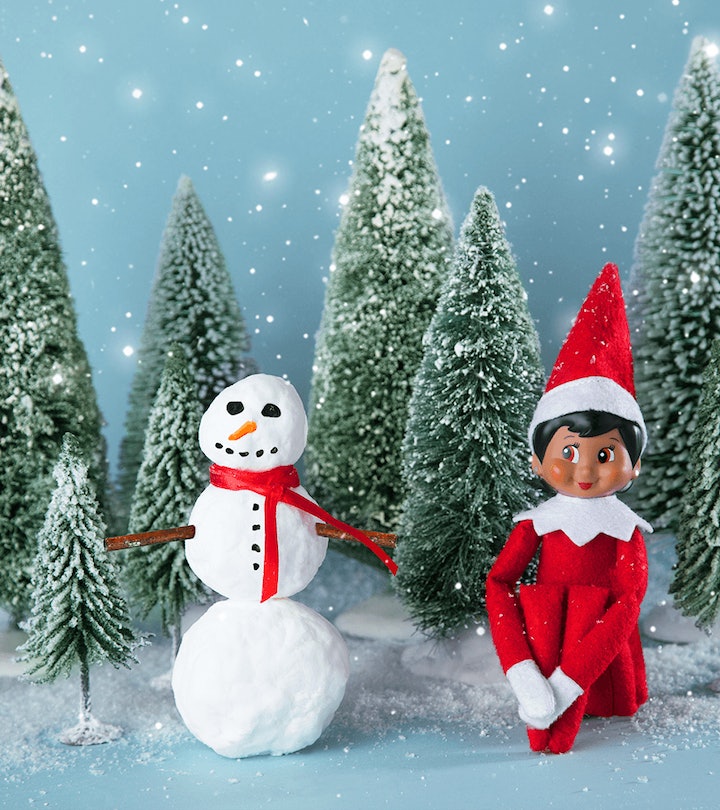 Rules, Printables & Tips For Making Elf On The Shelf Magic

by Sarah Jaffe
November 18, 2022
We may receive a portion of sales if you purchase a product through a link in this article.

I have certainly heard of Elf on the Shelf, and seen the cute and clever pictures people post of their elves, but I’ve never really been clear on the the exact Elf on the Shelf rules. Are there even specific Elf on the Shelf rules? My kid doesn’t know about it yet, I haven’t taken the plunge and figured out exactly how it’s supposed to work. But this year just might be my year to take the plunge and welcome a little North Pole visitor into my home for the month of December. But what is my job as a parent? And what are the Elf on the Shelf rules I need to explain to my kids? The last thing we want, after all, is to end up on the naughty list.

Luckily, there are a lot of resources, both online and off, for parents who are new to this whole elf game. While, of course, you can use your elf however you want — the only real ‘rule’ is to enjoy yourself — there are a set of generally agreed upon elf on the shelf rules that are supposed to help make the magic come alive, including rules for how your elf should arrive and when your Elf on the Shelf should head back to the North Pole. And if you, or your kid, need some visual reminders, there’s some great choices that will put all the rules right in front of you so that you’re not scratching your head late at night, wondering whether you’re doing this whole elf thing right.

What is Elf on the Shelf?

Elf on the Shelf began in 2005, after Carol Aebersold and her daughters published a children’s book called Elf on the Shelf: A Christmas Tradition. The book was based on her own family’s tradition of having a little stuffed elf named “Fisbee” who would move around their house and report back to Santa whether or not they were being good. The book came with the little red-hatted elf doll, and the concept took off. Now you can buy clothes for your elf, pets for your elf, and almost anything else you can imagine. But the whole enterprise started with a mother and her daughters teaming up to self-publish a modest book about the mother’s own Christmas memories. Little did they know it would become such a huge phenomenon.

What are the rules for Elf on the Shelf?

The official Elf on the Shelf website lists three main rules for elf on the shelf, which is traditionally called the “Scout Elf” since they’re a scout for Santa, keeping track of kids who belong on the “naughty list” or “nice list.”

Parents can let kids know that the Elf on the Shelf rules are:

If you want some helpful reminders of how the elf is supposed to work, for either yourself or your kids, these Elf on the Shelf printables might be just the thing.

A Helpful Rule Card for Your Elf’s Arrival

This card lays out the five main elf rules, including reminders to be “kind and helpful” and your “most wonderful and magical self” — something that kids and adults alike might need a reminder of during the holiday season. It’s a downloadable template, so it will be instantly available in your inbox. Once you’ve downloaded the card, you can make whatever edits would best fit for your family (if you need to change one to “no fighting with your brother” you can do that) as well as changing the date and the elf name. It’s elegantly decorated with all things Christmas, including a snappy green and red border.

A wearable postcard that works for two elves

This postcard both announces your elf’s arrival and has a quick reminder of the elf rules. An extra $2 gets you the “double elf” version. Part of text on the postcard reads “Please don’t touch us because our magic will disappear, keep your hands to yourself if you want to keep us near.” You can personalize it to all your kids and from all your elves.

A message board for your elf to express himself

This white board on a wooden backing is perfect if you want your elf to be able to have a new message every day, or just to personalize your rules so they fit your own family. All you need to supply is your own dry erase marker (in red or green, naturally). The sign is approximately 9 1/2 by 6 inches, so it’s large enough to write your most important rules without taking up too much precious shelf space.

Some very cute Elf on the Shelf rule printables that double as decorations might be just what you need to get the holiday magic going in your house. Here’s hoping that your elf will have nothing but good reports for Santa.