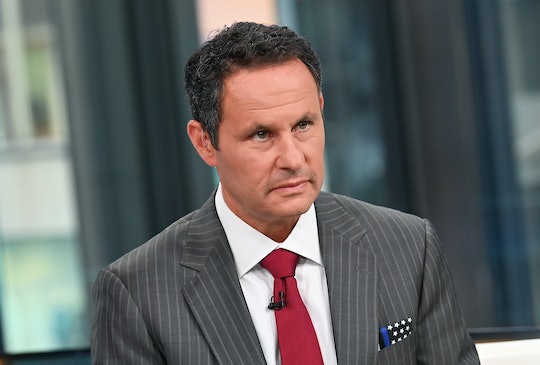 Even his co-host shot him down.

On Thursday, political commentator and Fox & Friends co-host Brian Kilmeade questioned why a pregnant woman should be given an “important” job. While he was referring specifically to the appointment of Nina Jankowicz as the executive director of the Department of Homeland Security (DHS)’s Disinformation Governance Board, his statements were general, prompting mild chastisement from his co-host.

In April, Jankowicz was named to the newly formed Disinformation Governance Board, whose goal is to provide guidance to DHS agencies on combating foreign misinformation and disinformation, including in areas to safeguard against human trafficking and election interference. Author of two books – How to Lose the Information War and How to Be a Woman Online – Jankowicz was previously a fellow at the Wilson Center, advised the Ukrainian Foreign Ministry as part of her Fulbright Public Policy Fellowship, and oversaw Russia and Belarus programs at the National Democratic Institute. While she has been criticized by politicians on the right as a “leftist radical” (mainly for criticisms of former President Trump and unproven allegations about Hunter Biden’s laptop), DHS Secretary Alejandro Mayorkas praised her on CNN as “eminently qualified, a renowned expert in the field of disinformation” and “absolutely” neutral.

And yet her qualifications did not shield her from criticisms from Kilmeade, a father of three with a long record of making sexist comments on the air, suggesting that she should not have been given the job. Introducing the Board as poorly rolled out, Kilmeade turned his attention to Jankowicz in particular.

Fox’s Kilmeade criticized Jankowicz’s ability to do her job effectively as a pregnant person.

“Then we find out who’s in charge of it. This woman that’s in charge of it, Nina Jankowicz, who’s about eight and a half months pregnant,” he begins. “So I'm not sure how you get a job and then you just — you can't do a job for three months. I'm not faulting her, but I don't know why you would give someone a job that you think is so important.”

“How long has she had this job?” interjects his co-host, Ainsley Earhardt. When he answers that it appears to have been about two months, Earhardt replied, chuckling. “Well, I'll defend her on that one, Brian. She has the right to have a baby and have maternity leave.”

Social media users, including on Twitter, were also quick to voice their displeasure at Kilmeade’s statements, with many juxtaposing the idea that a pregnant woman shouldn’t be given a job with the recent leak showing that the Supreme Court is poised to overturn Roe v. Wade and end women’s right to have an abortion at the federal level.

And yet not all criticism came from those left of center. Lawyer and senior advisor to the Donald Trump presidential campaign A.J. Delgado tweeted, “Pregnancy discrimination folks — it’s everywhere, sadly.”

Jankowicz has not spoken on Kilmeade’s comments or, indeed, on whether she would take maternity leave or for how long.

More Like This
Here’s How To Fight For Abortion Rights
Obamas Issue Powerful Statements After Supreme Court Ends Roe v. Wade
This Map Illustrates Just How Many States Would Ban Abortion If Roe V. Wade Is Overturned
Meghan Markle Calls On Men "To Be Vocal" In The Aftermath Of Roe v. Wade Ending