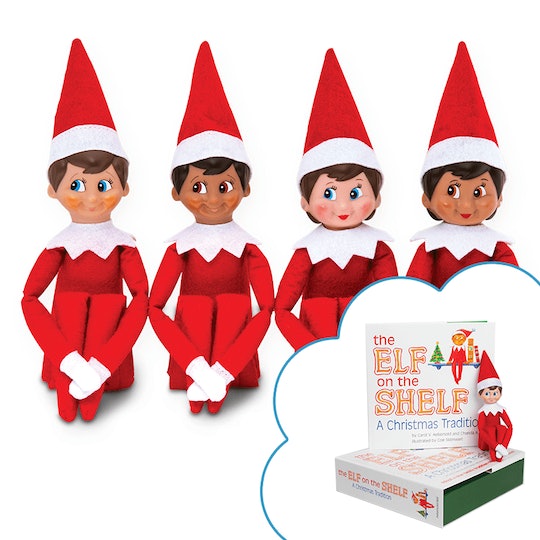 The Elf On The Shelf

How Does Elf On The Shelf Work? A Simple Guide For Parents

Elf on the Shelf 101, for the uninitiated.

Unless you've been living under a rock for the past several holiday seasons, you've likely heard about a certain doll who lives in your house during the month of December and serves as one of Santa's spies. But, if you're relatively new to the parenting game, you might not completely know yet how Elf on the Shelf works, or understand the purpose of Elf on the Shelf. There are the technical Elf on the Shelf rules and regulations, to begin with — spoiler alert: He doesn't really have to be a on a shelf — but you might also be wondering about the motivational aspects of the merry little fellow. What is Elf on the Shelf anyway? How do you start an Elf on the Shelf tradition, and how do you make the elfin magic happen, exactly?

What is Elf on the Shelf?

Elf on the Shelf is a relatively new holiday tradition, started in 2005 with the publication of the book Elf on the Shelf : A Christmas Tradition. Elf on the Shelf — the book, brand and global phenomenon — was the brainchild of mom Carol Aebersold and her twin daughters Bell and Christa. Now, millions of families enjoy the tradition of welcoming a little visitor from the North Pole into their homes. Some families lean into the idea that the elf is a “spy” for Santa, making note of whether or not a child has been naughty or nice. But many families simply enjoy the fun of seeing where the Elf on the Shelf is hiding, or what kind of mischief it has gotten into during the night while everyone is sleeping.

How does Elf on the Shelf work? Rules for parents

The concept is simple: The Elf on the Shelf is a special visitor sent from the North Pole to observe kids’ behavior and report back to Santa as to whether that behavior falls into the naughty or nice category. Easy enough for even very small children to understand, right? And, come to think of it, probably only very small children will believe that Elf on the Shelf is “real.”

According to the official Elf on the Shelf website, there are two rules for hosting an Elf in your home:

Despite these official rules, every family has their own spin on the tradition. You should feel free to make it work for your family, if you decide to do it.

Elf on the Shelf pros & cons

Your only limitation is your own imagination (or budget), as you’ve probably gathered from social media. Want to craft a miniature hot air balloon or marzipan zoo for your Elf? Go for it. Want to go the outsourcing route and buy kits to make the holiday season easier? Great, those definitely exist. But will all your efforts be worth it? Will your kids magically stop whining and start cleaning up their toys because of a glorified Christmas ornament with all-seeing eyes?

They might, but some experts are concerned that this end might not justify the means, however merry.

There's even been a paper published about how the Elf can have negative repercussions on kids by the Canadian Center for Policy Alternatives, in which professors Laura Elizabeth Pinto and Selena Nemorin claim that while the Elf “may be part of a pre-Christmas game and might help manage children's behaviors in the weeks leading up to the holiday, it also sets children up for dangerous, uncritical acceptance of power structures.”

Ultimately, there really aren’t incredibly hard and fast rules about Elf on the Shelf. It is supposed to be fun. Exactly how the Elf on the Shelf works, it seems, is ultimately up to you. There are definitely ways to put a positive spin on this tradition if you decide that your family is ready for a pointy-eared friend.

Who’s the Boss? "The Elf on the Shelf" and the normalization of surveillance; Laura Pinto, Selena Nemorin 2014

This article was originally published on Dec. 12, 2017