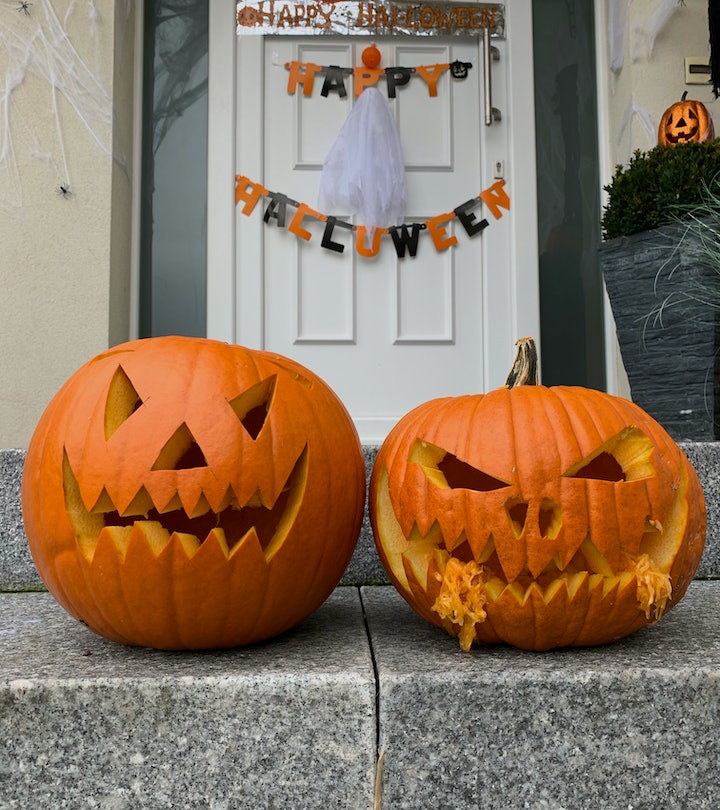 How To Make Your Carved Pumpkin Last Longer

Anyone who has ever carved a jack-o’-lantern knows that once those cuts are made, there’s no turning back. You only get a few days of perfection before the entire thing starts to sag. While this could give creepy designs some extra spooky appeal, no kid wants to see the smiling pumpkin face they worked so hard on to smush itself into a frown. To avoid a rotting mess on your porch come Halloween, these tips for how to make your carved pumpkin last longer can give you a leg up.

How long does a carved pumpkin last?

Carved pumpkins typically only last about three days before they begin to rot. Pumpkins are a fruit, so just like an apple would brown and break down if you cut it open and didn’t eat it right away, a pumpkin will do the same.

Air and bacteria are introduced to the interior when you cut into the flesh of a pumpkin, which begins to break down the gourd. Once the rotting process begins, bacteria can cause mold to grow on your pumpkin. Once your pumpkin gets to that point, it’s time to toss it. (More on that below!)

How to make a carved pumpkin last longer

To make your carved pumpkin last as long as possible, start by picking the best pumpkin possible. Avoid pumpkins with gashes, knots, or soft spots. You want a pumpkin that appears smooth and is blemish-free. Additionally, keep in mind that the longer and greener a pumpkin’s stem is, the fresher the gourd.

Whether you grow one yourself or pick a pumpkin from a patch, timing and selection matter most. As Romper previously reported, the best time to carve your pumpkin is right before Halloween — no more than three to five days early. Patience is key.

Because carved pumpkins start to decompose once they’re cut, how you go about the carving process can make also make a difference in its longevity.

One popular tip to make a jack-o’-lantern last is to cut a hole in the bottom of the pumpkin instead of removing the top. The info in this tweet from @toddedillard AKA “the great pumpkin dad” was not only co-signed in the comments, but two pumpkin carving experts interviewed for a New York Times’ Wirecutter guide also gave this tip a thumbs up.

To extend the life of your jack-o’-lantern, there are a few things to try that seem to work for most people, even if it’s only anecdotally.

There’s some scary tips out there on the internet (everything from dipping the entire thing in bleach to coating it in WD-40), but the upside here is that none of the tips below should harm your pumpkin. They’re also pet-safe and won’t hurt wildlife if they inadvertently stumble upon your gourd, so it really can’t hurt to try.

Despite your best efforts to preserve your jack-o’-lantern, don’t expect to extend the life of your carved pumpkin more than a few extra days at most.

What to do with old pumpkins

There are plenty of pumpkin recipes and ideas for how to use the guts and seeds of your pumpkins during the carving process, but what about when your jack-o’-lantern is officially done for? Whether your gourd made it all the way to Oct. 31 or not, you should always properly dispose a rotting pumpkin.

As Romper previously reported, mold and bacteria can make animals sick, so don’t leave a rotting pumpkin on your porch or out in your yard. Instead, add it to your compost bin. Pumpkins are perfect composting material for your garden and can nourish plants and soil, just make sure you remove any candles or decor first.

Carving pumpkins is a fun way to celebrate spooky season, but when you put so much effort and time into making the perfect jack-o’-lantern, it makes sense that you want it to last as long as possible before you have to toss it out. These tips to make your carve pumpkin last longer are definitely worth a try. And if your gourd still rots quick, you can always carve another one!

More Like This
24 Valentine’s Day Decorations For Every Inch Of Your House
Review: The NooK Play Couch Turned Us Into A Fake Furniture Family
The Best Heart Nail Designs For Valentine’s Day
Valentine’s Day Photoshoot Ideas For Your Little Cupid
What Parents Are Talking About — Delivered Straight To Your Inbox