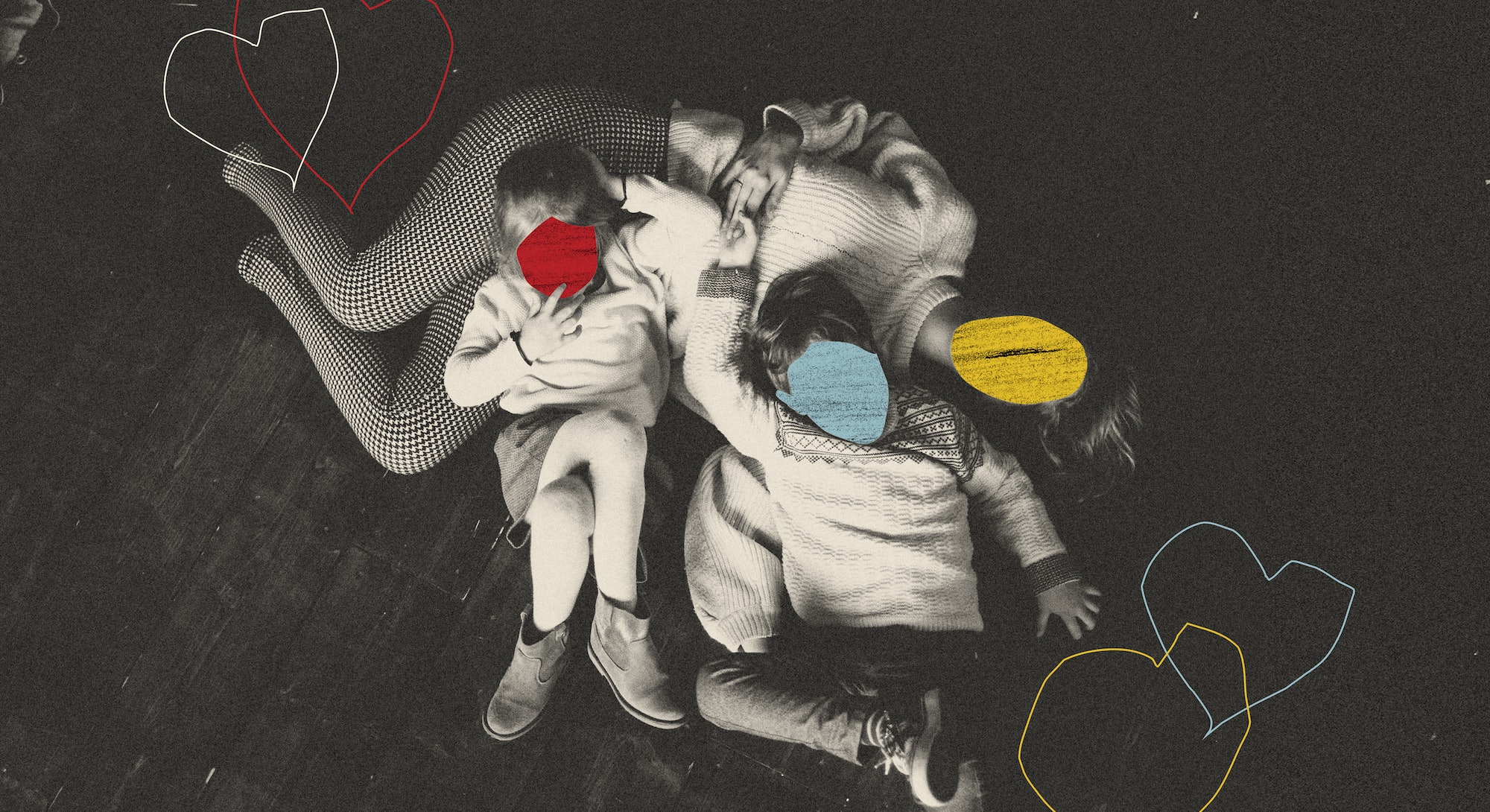 I Left My Husband With No Money & 4 Kids, And We're So Much Happier

"He made me forget that I could be good and kind and funny and loved."

I left my husband on a Thursday or a Friday or a Tuesday. I left our house in a good suburb outside of a big city, where I cooked in a big bright kitchen and had a family room freshly painted cayenne pepper red. I left our master bedroom with the walk-in closet and the en suite bath and the sitting room. I left our formal dining room and our living room and our walk-out basement that housed the boys’ ride-on toys.

I didn’t have to pretend all that time; it was wasted acting. He found the money one day while I was at work. And then my hundreds of dollars that were supposed to be for first and last month’s rent were for him only. He bought a new TV, a new DVD player and DVDs to go in that player, a PlayStation and, I guess, some beer.

When I did leave him, I didn’t know it was coming until I sat at the stop sign after dropping him at work at the factory where he was always mad about something. Where he slammed out of the car in the morning and slammed right on back in at the end of his day, his rage so real it should have had its own seat belt.

That Thursday or Friday or Tuesday morning, I was supposed to turn right to go home and I just couldn’t do it. I had dishes in the sink at that house. It was summer, so the kids were off school. I had to find some memory-making activities for the day.

I sat there with that click-click, click-click of my turn signal even though no one was behind me. I sat there until my oldest son said from his third-row seat, “Mom!” And so I left my husband just like that.

We weren’t dressed for it that day. We had five diapers in the back and my 3-year-old was wearing Superman pajamas with the attached cape and his second-best sandals. We didn’t have sunscreen. All we had was my bank card with around $150 on it, so I got some gas and I got some McDonald’s. I let my oldest climb into the front seat so he could be the DJ and we drove.

This is when we became we. The five of us. A fist of a little family.

This is when I learned that you don’t have to stay. That you can ask for help. That your family can become something else.

It only took one month to do all of my layers of leaving. First I left my husband, and this part was hard, because I still really wanted to be the family who stayed together and lived in a big house and had dinner parties on the weekends where the kids would run around together in the yard and play with sparklers as the sun went down. We both wanted this, I think. But if we were a sandwich, we would be a peanut butter and onion sandwich, and no one wants to eat this, not even us.

I did not like him and he did not like me, but still. He did not want me to be the one to leave him and take his children. Don’t worry, though. He got over it. In a month, he had a new job and a new woman. We were just his old family, easy to forget; so easy.

My ex-husband did not beat me. He did not cheat on me as far as I knew. When a person has four kids to raise, these are the only reasons you are allowed to give.

You can’t just say, this person is making each of us ill. There has to be something more.

So I guess I can tell you he made me afraid. He made me forget that I could be good and kind and funny and loved. He told me that people would hate me if they knew me as well as he knew me. He told me this often and I believed him every time. He laughed hardest if I fell and hurt myself. He talked about our sex life at dinner parties, told the other husbands he would never put up with a woman who turned down sex when he wanted it while I was serving burnt lasagna with my burning face. He told my two big boys, my sweet round-faced boys, they weren’t good enough.

They were good enough. They became good enough. We got poorer, all the time poorer, after we left. And I’m here to give you the exciting news that this is not the worst thing. That there are some things worse than being a single mom with four sons living in rental home after rental home. Worse than secondhand birthday presents. Worse than the electricity getting cut off one week before Christmas.

The worst? Your son crying himself to sleep at night, the lipstick kiss you gave before you left for work still smudged on his forehead. His breathing hitched, curled up in a ball on his side. Little tissues wadded beside his bed and you don’t know what happened.

You get to go be a new family, you know. If that’s what you need. And it turns out — well, it just turns out. I promise.