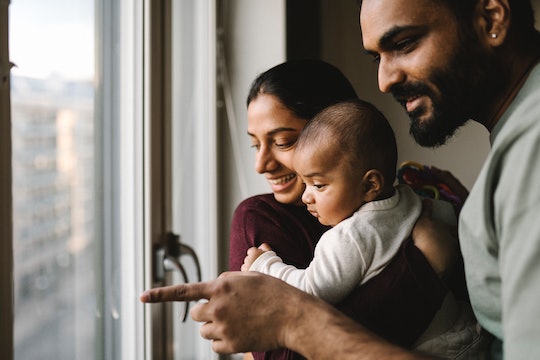 This latest school shooting — and the inaction that followed — has me really questioning my decision to stay in the U.S.

Two days after a gunman opened fire at Robb Elementary School in Uvalde, Texas, on May 24, killing 19 third- and fourth-graders and two of their teachers, I had the first nosebleed of my 42-year-old life.

Like everyone else caught in the shock paralysis that often follows a tragedy, I refreshed Twitter endlessly, unwillingly suspended between horror and disbelief. In my years as a teacher, I’d led students through more than a dozen lockdown drills, two actual lockdowns from active shooter threats, and one full campus evacuation. Now, as the parent of a third- and first-grader, I imagined the families of the Uvalde victims. My agitation couldn’t even begin to scratch the surface of their sorrow. In some warped way, reading every news update coming out of Texas felt like a necessary obligation. But standing in the bathroom, watching blood trickle past the toilet paper wedged up my nostril, it was apparent my body could no longer hold it together.

I wasn’t the only one. Everyone I spoke to was vibrating with anger. Interspersed between tears and unfiltered rage was a refrain that has become all too familiar: “Why are we still here?”

The jokes about fleeing to Canada began six years ago, but I’m not sure anyone is laughing anymore. It feels like each night, we kiss our children, tuck them into bed, then lie in the dark looking up immigration requirements to Anywhere But Here. As weighty a consideration as this may be no matter who you are, for first-generation immigrants, it just hits different. The multi-generational American might look at the events of Uvalde (and Sandy Hook, and Columbine, and all the mass shootings that have come before) and think, “What is happening to my country?” But the immigrant’s question is the more self-accusatory, “What have I done?”

Leaving home, saying goodbye to the people that mattered most, hitting the restart button… we have grappled with these same choices before. So “What have I done?” is not just asking ourselves if we should leave (again), but whether our original decision was flawed in ways we didn’t have the foresight to recognize.

Each time I encounter casual racism, or hear about yet another example of violence against minorities, or witness those in positions of power deride the role of immigrants, or see how gun rights are valued over human life, the words rise up again, unbidden: Why am I here?

So many of my friends are in the same boat. We retrace our steps, trying to pinpoint the moment when we went from being foreign visitors to permanent residents. “I first moved here for college, and then I got a job and just… I don’t know, I stayed. It felt like there were more opportunities available, but it also wasn’t really a conscious decision.” There is inherent privilege buried in statements like these, but also a kind of naive ignorance. For some, migration can be a desperate act. Political upheaval, systemic oppression, or pressing familial needs can make the desire to leave your home country feel as urgent as a heart attack. But for those of us that made the decision less deliberately, almost casually, the weight feels bigger now.

Our arrival may have been governed by economics or opportunity, but like in every long-term relationship, familiarity bred comfort. The families we dreamed of raising became reality. The community we longed for grew around us. The longer we lingered, the country slowly seeped into our bones. I’m yours, it whispered. Stay. It’s painful to admit that maybe we never knew each other at all.

When deciding where to build a new life, should we have been more conscious not just of the possibilities but also of the dangers ahead? Had we always known what we were walking into, or did we not read the fine print when we arrived?

My own earliest pangs of discomfort began years before I made the physical move. When I turned 18, I visited the U.S. consulate in Chennai to receive my first adult American passport. Born in a Midwestern college town but raised in India, I’d coasted on dual citizenship until this point, but the time had come to pick a side. After several minutes of preliminary paperwork, the consul general arrived to sign my passport. I’m not sure what I expected — a smile maybe, or a “Congratulations, you’re in!” Instead, he gazed at me, down at my passport picture (one of my best to date, if I’m being honest), then back up at my expectant face. He handed my passport to his clerk with a casual, “Is this her in the photo? I can’t tell, you all look the same sometimes.”

I won’t pretend to be packing my bags as I write this, but I hate that I wake up every day wondering whether I should.

My original reasons for choosing American citizenship — claiming my birthright, and the desire to vote in U.S. elections from afar — still held up, so I brushed off my unease. I did a piss-poor job of researching (or even understanding) the propositions on the first absentee ballot I filled out two years later, but still, casting a vote felt like hope, the beginning of something good. When I later moved to the country, I grew to appreciate the nuances of the electoral process, and the system, a little bit better. But even today, when I think of that day at the Chennai consulate, my face gets hot. Each time I encounter casual racism, or hear about yet another example of violence against minorities, or witness those in positions of power deride the role of immigrants, or see how gun rights are valued over human life, the words rise up again, unbidden: Why am I here?

JFK’s inaugural words, “Ask not what your country can do for you, ask what you can do for your country,” feel especially resonant right now. At this point, it feels like we’ve worn out the welcome mat on taking personal responsibility. When things go wrong, the instinct is to look within, as though our reserves of human guilt are where the solutions lie. So, between meetings and rounds of Magna-Tiles, we enroll and donate. On group text threads and social media, we remind each other of the importance of voting. On our lunch breaks, we call our senators and leave voicemail messages. We make signs to join local neighborhood marches on the weekends, and talk to our children about the importance of civic participation.

I see a depressing infographic about the sharp decline in online engagement for each day after a mass shooting. It makes me want to scream. I’m not losing interest, but I also can’t escape the sinking feeling that our inroads are getting narrower. The wins are so small, and the losses too large and too precious to bear. When it really matters, the calls to action sound more like desperate shouts into the void, voices that carry but make no real difference. When will our elected officials, the people that can affect deep, lasting change, do the right thing for their constituents? Does it ever stop being our turn? Why, I ask myself for the hundredth time, am I even here?

If you come from a culture where decision-making happens in the interest of the collective, then the stark focus on the individual in the United States is more than just a little jarring.

Look, I get that everything is broken everywhere. Don’t get me started on Indian politics — that sh*t isn’t pretty. Governance is, at best, a fragile act of tensegrity. And immigrants are used to being told to go back to the countries we came from, or that “you don’t realize how good you have it here.” I won’t deny the beauty of much of the American way. I love that citizens can protest and walk out and call out our congresspeople when we see injustice. There’s a reason South Asian communities have the reputation of being model minorities: If you were raised in a part of the world where the government was a fearsome, often brutal monolith, just the ability to do these things can initially feel like a wonder.

But here’s the thing. Socialism may be a dirty word for many Americans, but if you come from a culture where decision-making happens in the interest of the collective, then the stark focus on the individual in the United States is more than a little jarring. I don’t mean that no one cares for anyone else here. We have wonderful neighbors and friends and community members. But the fact that children being shot in a school causes nary a ripple among lawmakers, many of whom attend an NRA conference just three days later in the same state? The fact that decision-makers can refuse to look at pictures of innocent young bodies and instead focus on the inviolability of a constitutional amendment that has far outlived its relevance? Suddenly, our supposed exceptionalism as a nation seems less noteworthy than our callousness.

For all my late-night Googling, my existential questions have no easy answers. I won’t pretend to be packing my bags as I write this, but I hate that I wake up every day wondering whether I should. I also understand the importance of staying to fight the good fight. No one wants to be the rodent fleeing the sinking ship. Here’s the thing, though: If a ship really is sinking, and if the rat has a family to support, does the narrative change? Every parent knows we would jump into a burning building to save our child. So why is abandoning one that’s slowly crumbling in order to find them safer refuge not equally acceptable?

I try to convince myself that staying demonstrates courage and stick-with-it-ness, which sounds better than inertia. Because despite how tightly I hold my two sweet boys’ hands each day on the walk home from school, I’m also too scared to upend our lives, leave everything behind, and start over — again. I only hope my children will forgive me.