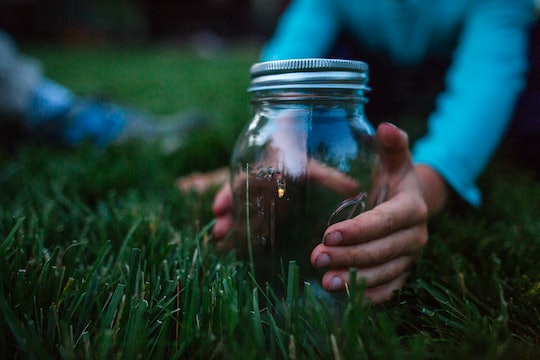 It’s sad that the ability to appreciate the regular pace of life is something we reserve only for school-age kids with stay-at-home parents.

About a week after the last day of school, my 4-year-old son and I were walking along the rail path that snakes along the city train tracks, past the big chocolate factory that perfumes the hot air with the scent of Mars bars, and takes us from our house to the contemporary art gallery, about 10 minutes away. The path is overgrown with wildflowers and weeds and puffy dandelions and is a perfect place to meander. Our plan on this day included making clay pots at the gallery and then just seeing how the rest of the day would unfold. It was a slow, aimless, lazy day, and it was perfect.

In the months leading up to that afternoon, I was really nervous about the summer, about how I was going to keep a kindergartner engaged and stimulated and happy for two long, sweltering months. I still have to work, so I had a lot of anxiety about managing that alongside keeping him entertained. I’ve been down this road before, of course, and the pandemic model of full-time parenting and work has left permanent scars on my psyche. But with my toddler in day care full-time, and one of my bigger contracts wrapped up for the summer, I thought I could at least give it a go, so here we are, just the two of us, in the midst of a meander.

It’s our first time dealing with a school break, and to say we were unprepared is an understatement. I didn’t sign my son up for any camps (mostly because he’s still too young for the camps in our area), and I made no child care plans because I wasn’t sure how much we’d need. So now we’re catching bugs — or trying to anyway — smelling flowers, and having the kind of slow summer I used to have as a kid, the kind of summer I didn’t think I’d ever get to have again, and it’s been surprisingly wonderful.

It’s not that we do nothing — we make art, do crafts, go for walks, visit galleries and museums, stare at bugs, and swim. We swim a lot. We also planted some tomatoes, wildflowers, and sunflowers earlier this spring, and now we tend our garden every day, calling out to each other when something grows or blooms. There’s been a lot of healthy praise around the house for the size and yield of our tomatoes.

It might be a temporary reprieve, but it allows me some space to feel like a person who deserves sunshine and silence and space from the throbbing hum of ambition.

I haven’t been able to have a summer like this in nearly two decades; I worked consistently through my 20s and both pregnancies, and went back to work very shortly after giving birth both times. Apart from the scant days off my jobs have afforded me, I’ve always worked through the summers and rarely had the pleasure of doing nothing, with bills and rent constantly hovering, threatening any fantasies of leisure I may have had. Now, as a freelancer, I have a bit more control over how I allocate work and time off, and though deadlines and workloads still have to be managed, I’ve been able to make space for this lazy, do-nothing summer.

As kids, summers tended to unfurl in a slow ribbon of promise: Friendships would be forged, tended, or lost; new pockets of our neighborhoods would be discovered and claimed and reshaped by our adventures, both real and made-up. As adults, we’re lucky if we’ve managed to give ourselves a week or two off during the most sticky, groaning months to watch TV uninterrupted by work, or if we’ve been really organized, we’ll make it somewhere a little more far flung than usual, take a bunch of Instagram photos, pile on a bit of debt, and never quite fully relax. The rest of the summer ticks by in a daze, the only appreciable difference between this season and any other, the distinct feeling that you’re totally wasting it by not doing enough outside.

It’s sad that the ability to appreciate the regular pace of life, as determined by the heartbeat of the sun, is something we reserve only for school-age kids, that regular life untethered from a sense of productivity is a little treat that most of us can’t ever access again. Without an imposed structure, my son and I have managed to bring something different to our days, something intentional about what we want to do rather than what we have to do.

Even so, it’s hard not to feel like I should be doing more work, like I’m dropping the ball on one thing, while nurturing another. It is the constant anxious refrain of the working mother, and for whatever reason, telling everyone I’m having a slow summer hasn’t cured me of it.

I think about all the chaotic moments of the past two years, the grief and the hardships we’ve all endured, and I give myself the gift of slowing down, doing nothing, and, for once, enjoying it.

But I know this is probably the last time I’ll have time like this. The older my children get, the more they’ll spread out and grow away from me, become more independent and less like lingering tendrils, attached to me like vines. So I push the guilt and the anxiety and the feelings of failure away, bury them inside me, at least for now. It might be a temporary reprieve, but it allows me some space to feel like a person who deserves sunshine and silence and space from the throbbing hum of ambition.

Slowing down has also helped me reframe what my kids need, working through the idea that I have to provide constant fun and fill all of their time with structured activity. There are moments of boredom, when my son and I both have to negotiate the feeling of malaise that can take over a day without plans, but I remind myself that boredom is necessary, boredom is good. Boredom is freedom and a way of learning or figuring out what brings you joy.

So for now, I track time through the increasing blondness of his hair, as the sun bleaches his yellow curls white. And I think about all the chaotic moments of the past two years, the grief and the hardships we’ve all endured, and I give myself the gift of slowing down, doing nothing, and, for once, enjoying it.