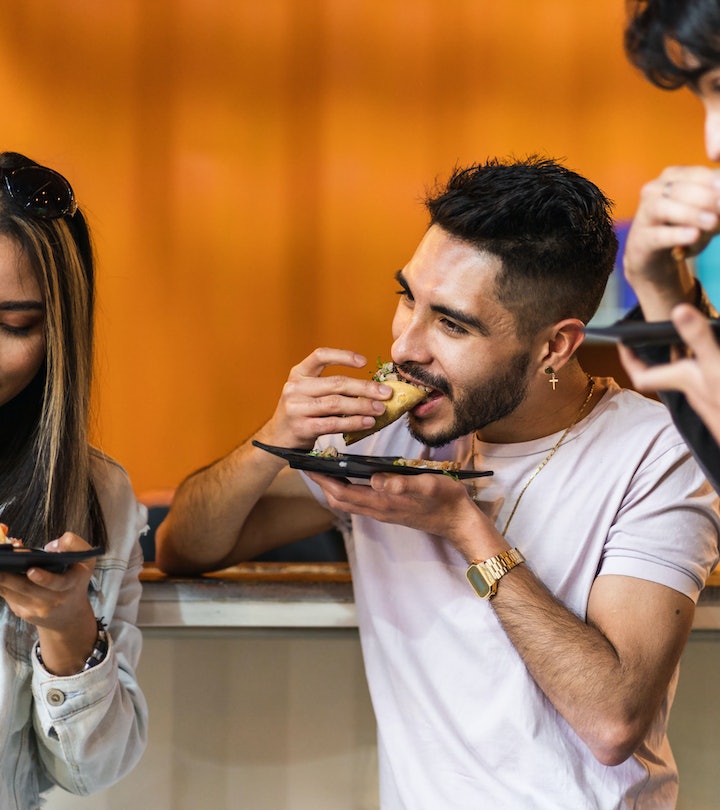 Is Chipotle Open on Thanksgiving? Brace Yourself

Can you pregame with a burrito, or will it have to wait?

Thanksgiving Day is associated with lots of foods: Turkey, cranberry, sweet potatoes, mashed potatoes, and of course, lots of gravy. But when you think of Thanksgiving, you probably don’t think about rice, beans, pulled pork, and extra guacamole on the side. But Thanksgiving is coming up, and you’re probably trying to figure out what your day is going to look like. As more and more stores start Black Friday shopping early and are open on Thanksgiving night, you might be wondering whether you’ll be able to hit up your favorite restaurants while shopping (if you’re not too full from dinner and pie). So what about one of the most filling fast-casual options out there? Is Chipotle open on Thanksgiving?

You’re out of luck, burrito fans. “Chipotle restaurants in the United States are closed on Thanksgiving,” a Chipotle representative confirmed to Romper via email. They’ve been closed on Thanksgiving in previous years too, and have said on Twitter that they’ve closed in order to give their team members time to spend with their families.

That’s a good thing, of course, but what are your options for getting your Chipotle fix on Thanksgiving? Well, you could relocate to Europe: Chipotle has stores in the United Kingdom, Canada, Germany and France, which aren’t closed for Thanksgiving.