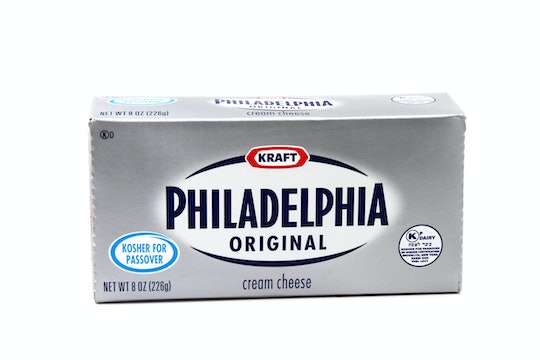 Amid a shortage, Kraft is asking shoppers to leave the cream cheese for those who really, really need it — like bagel lovers.

It’s rare to see a brand urge consumers not to buy their product. It’s even rarer still that a brand will offer to pay consumers not to buy their product. And yet, that’s exactly what Kraft, the company behind Philadelphia brand cream cheese, has done. In light of the nation’s recent cream cheese shortage, Kraft has offered to pay people up to $20 if they skip making their traditional homemade holiday cheesecake and instead opt for a different type of dessert.

“A shelf without cream cheese is a holiday without cheesecake,” the brand said in a new commercial. “So if you can’t make your famous cheesecake, buy any other dessert, on us. Buy brownies, cupcakes, pie — and Philly will pay for it. Seriously.”

While consumers have been grappling with pandemic-related food shortages among things like Lunchables, Uncrustables, and even chicken tenders for months now, cream cheese is the latest product to find itself in short supply on store shelves thanks to increased demand and delays in shipping and production. Earlier this month, The New York Times reported New Yorkers were facing a cream cheese shortage as bagel shops across the city reported difficulty finding enough of the spread to go around.

At the time, Kraft acknowledged that they were seeing “elevated and sustained demand” for Philadelphia cream cheese products. “As more people continue to eat breakfast at home and use cream cheese as an ingredient in easy desserts, we expect to see this trend continue,” a spokesperson for the company told the paper.

But now that increased demand appears to be encroaching on beloved holiday traditions, spurring Kraft to turn a cream cheese shortage into a clever marketing ploy.

“Unprecedented demand has left cream cheese shelves in grocery stores noticeably empty as people continue to use cream cheese as an ingredient in easy desserts and recipes — and at breakfast time," Food & Wine reported Kraft’s Philadelphia brand said in a statement. “So, buy any dessert — cookies, brownies, cupcakes — and Philadelphia will reimburse the cost to replace your homemade cheesecake up to $20.”

To nab a dessert reimbursement, consumers must head to spreadthefeeling.com, where they’ll need to reserve their reimbursement beginning at 11:59 p.m. EST on Dec. 17 and then again on Dec. 18. But reservations are limited. In fact, Philadelphia has said it will release just 10,000 reservation spots on a first-come-first-served basis on Dec. 17 followed by 8,000 spots released on Dec. 18.

When your reservation is confirmed, you’ll be able to purchase any dessert you like between Dec. 17 and Dec. 24. Receipts or proof of purchase must be provided to Philadelphia between Dec. 28 and Jan. 4 in order to redeem your up to $20 reward.

“At Philadelphia, we want to spread the feeling this season and make sure you have the pleasure of dessert on your holiday table,” the company said in a statement outlining promotion rules on its website.