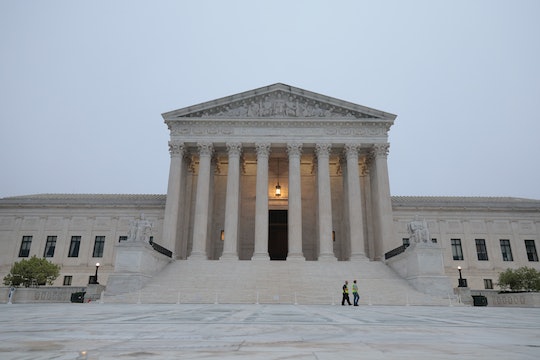 This Map Illustrates Just How Many States Are Set To Ban Abortion As Roe V. Wade Is Overturned

A majority of states are openly hostile to abortion rights, leaving large swathes of the country without access to reproductive health care.

The Supreme Court overturned Roe v. Wade on Friday, weeks after Politico obtained a leaked majority draft opinion, written by Justice Samuel Alito, indicating that the court was poised to strike it down. In the absence of Roe v. Wade, which had guaranteed a right to abortion at the federal level, states — not the federal government — will determine whether citizens have a right to reproductive health care. A map showing which states will essentially ban abortion published by Statista paints a vivid picture of what, exactly, is at stake for millions of Americans now.

The Center for Reproductive Rights explains that abortion rights at the state level fall into four basic categories in the absence of Roe v. Wade:

Below, this map from Statista illustrates what is likely to happen throughout the U.S. in the absence of Roe v. Wade, highlighting the fact that many in the south and Midwest would have to travel hundreds of miles to access the nearest abortion clinic.

Regardless of the law, historical evidence shows that the legality of abortion is not the primary driver of abortions: in other words abortions, regardless of whether or not they are legal, will continue. According to the Guttmacher Institute, the number of illegal abortions in the 1950s and 1960s could range from 200,000 to 1.2 million per year. In 1930, abortion was listed as the official cause of death for almost 2,700 women — a staggering 18% of maternal deaths recorded in that year. Furthermore, a study published in Demography found that if an abortion ban were enacted throughout the U.S., maternal mortality — already higher in the United States, especially among Black women, than in any other so-called “developed nation” — would increase by double digits.

While conservatives have hailed this decision, according to the Pew Research Center, a majority of Americans — 59% — believe abortion should be legal in all or most cases, including 59% of moderate Republicans and 62% of all women. The World Health Organization (WHO) cites lack of access to safe, timely, affordable, and respectable abortion care as not only a public health concern but a matter of human rights. What’s more, the overturning of Roe v. Wade is expected to have a far greater negative impact on poor women, Black women, and young women.

This article was originally published on May 3, 2022